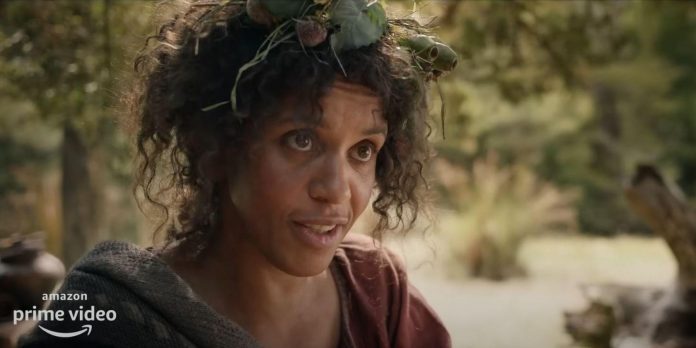 The recent trailer for Rings of Power has finally shed some light on some of the places and people that were featured in the first trailer. He confirmed and expanded many concepts, such as the importance of Gil-galad in the elven city of Lyndon and the rival factions between Tar Miriel and her cousin Farazon in Numenor. A recent trailer also expanded on the character of Nori, a long-legged hobbit whose peaceful, idyllic perception of the world collapses when a meteor flies overhead and changes everything she knew. In her story, one can draw several parallels with the stories of Bilbo and Frodo several thousand years later. The four garfoots at the end of the trailer, stretching away into the distance, evoke memories of Sam, Frodo, Merry and Pippin going on their adventures.

The Harfoots are, in fact, the great ancestors of the Hobbits, who were seen in the Shire in the Third Centuries, when the search for Erebor and the War of the Ring take place. They are one of three types of ancestors. The other two are the Sturs, a water-loving species that lives in burrows by the river (from which it is considered a descendant of Gollum), and the Fallohides, a taller and more regal breed known for its bravery and love of adventure. So this calls into question two things: will two other names of Hobbit bloodlines appear somewhere in the Rings of Power? And will the Garfoots themselves be an accurate depiction of Tolkien’s ancient hobbits?

On the other hand, several interesting stylistic decisions are being made for Garfoots, both in the costumes they wear and in the way they speak. In the voiceover at the beginning of the trailer , an elder with a strong Irish accent says:

His manner of speech resembles rural communities depicted in many films and books of different years. This conjures up a wonderful feeling of an idyllic and bizarre existence already associated with the Shire of Peter Jackson’s films. The feelings behind the words are also very true to Hobbits and their love of a simple, good life, rather than the need for gold or status. The Harfoots only want to take care of each other and stay safe and unnoticed, as they have been doing for years, and do not want to participate in great quests and epic journeys. It’s all very similar to the Hobbits that viewers know and love from later stories.

On the other hand, there was an interesting debate about their clothes. The trailer’s legs can be seen in several outfits that can be ceremonial in nature, such things are worn for holidays and rituals, such as harvesting. They could also be for disguise, as, apparently, in the case of a young snake-leg blowing a whistle in a cornfield, merging with the background with a cloud and the corn itself in a headdress.

This is an interesting concept because it suggests that in order to hide, the Garfoots had a complex system of observers, guards and messengers who reported any strangers or intruders who entered the lands. This may plausibly correspond to Tolkien’s original works about harpoots. Even by the time they migrate to the Shire hundreds of years later, a similar system exists in the time of Frodo and Bilbo, including archers with weapons to defend the borders. The emphasis on merging with the earth is also nice to see, as Hobbits’ love of nature and things that grow stems from Garfoots. However, some fans have suggested that the costumes are too outlandish and aimed at mocking this ancient species of hobbits.

However, they stick to the old image of fun in Hobbit culture. The new trailer creates a scene in which Garfoots dance in the woods, shaking musical pumpkins with berries in their hair, which matches Tolkien’s portrayal of Hobbits as loving food and drink and common excuses to celebrate vitality.

However, everything changes dramatically when a meteor arrives. There are several scenes in the trailer that show the devastation when two Garfoots emotionally embrace each other, perhaps just having lost their home, friends or family. This is confirmed by the final scene, in which the four Garfoots seem to be running in search of a safe haven. Their legs and the lower part of their dresses are covered with dark markings that appear to be ash, suggesting that the meteorite or the person contained in it could be the start of an epic battle that will burn their house to the ground. Perhaps this is what leads them to search for the Shire, which is related to Tolkien’s concept of what they crave most at home.