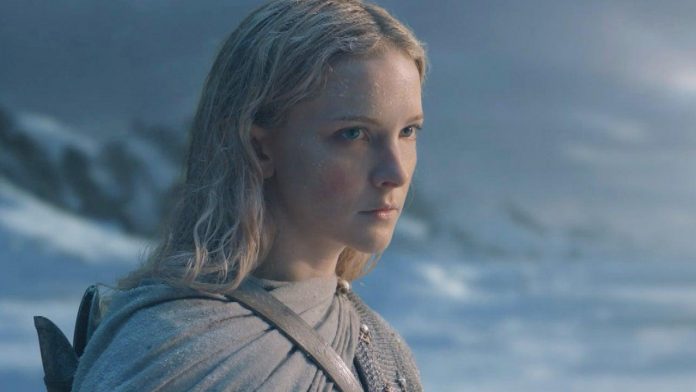 The Lord of the Rings prequel series, Rings of Power, is more than ready to impress fans with a new epic adventure inspired by the works of J. R. R. Tolkien.

“The Second Era is a great, unreleased story in the entire Tolkien Legendarium, with the forging of rings and the Last Union,” showrunner Patrick McKay announces in an exclusive ET short from the upcoming Amazon Prime Video series. “We felt it was a story worth telling.”

“What Tolkien represents is very important that we preserve this legacy,” says Nazanin Boniadi, who plays Bronwyn, a human healer, in the upcoming series, which tells about a period of time when darkness descends on Middle—earth.

“Galadriel has been on a quest for over a thousand years, scouring Middle—earth in search of this elusive, unexplored, very real evil,” Morfydd Clarke, who plays a younger version of the elven warrior that Cate Blanchett portrays in “Lord,” details. from the “Rings” series. “After all, she knows that this danger exists, this evil must be stopped.”

“From the very beginning, we knew she couldn’t do it alone,” adds showrunner JD Payne. “Every good search needs communication.”

As in the previous films, this partnership includes several unexpected teams of people, dwarves, elves, hobbits and other unexpected heroes of Middle-earth.

“It’s a time when the characters and species we know and love become who we know them to be,” says Ben Walker, who plays Gil—galad, the High King of the elves.

“The scope of the performance is huge,” admires Ismael Cruz Cordova, who plays Arondir, a forest elf.

The official trailer for the movie “The Lord of the Rings: Rings of Power”

The official trailer for the movie “The Lord of the Rings: Rings of Power”

During a recent panel show at Comic-Con in San Diego, hosted by Tolkien superfan Stephen Colbert, the cast and creative team talked about joining the franchise and expanding the on-screen world of The Lord of the Rings with a new series adapted from the appendix to the original books.

McKay shared that it took four and a half years to bring this show to the screens of fans, including working with Tolkien scientists to create the original characters of the series. This new installment, which the EP teased as a “50-hour story,” which could mean five potential seasons, is dedicated to “re-imagining this world and bringing back evil.”… We wanted to find a huge Tolkien story.” mega epic”.

“This is a human story,” Payne shared about the new saga. “How far in the dark are you willing to go to protect those you love?”

Arthur, who plays Prince Durin IV, noted that his character has an “unlikely friendship” with Elrond (played by Robert Aramayo in the upcoming series and Hugo Weaving in earlier films) as a dwarf and an elf, respectively. And there is something more than friendship between Bronwyn (Boniadi) and Arondir (Cruz Cordova), who have a “forbidden love,” the actors shared.

Meanwhile, Nomvete will play Princess Disa, the first female dwarf portrayed on screen in the Tolkien adaptation. The English actress told the audience at Comic-Con that she auditioned for Rings of Power two days before the birth of her daughter, got the role when she was five days old, and was on set by the time she was eight weeks old. The costume team adjusted her wardrobe so that she could breastfeed between scenes: “This is the power of the gnome woman.”

The premiere of the film “The Lord of the Rings: Rings of Power” will take place on September 2 on Prime Video. For more information about the series, see the video below.

Meet the cast of the movie “The Lord of the Rings: Rings of Power”! (Exclusive)

“Dune 2” will play Lea Seydoux as a key character