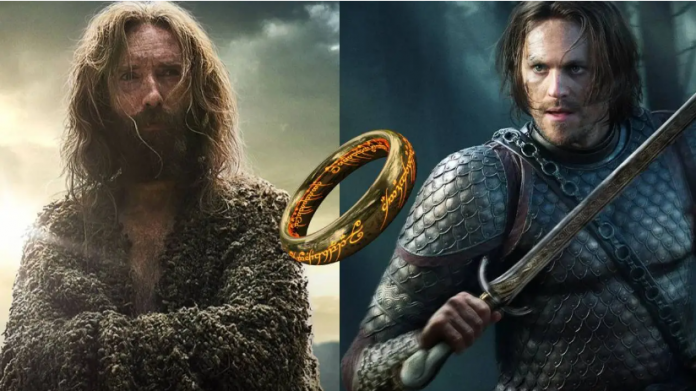 With the release of the finale of the first season of “Rings of Power”, all the secrets have been revealed today. Here we saw the first rings.

The final episode of the “Rings of Power” season aired today. In recent weeks, we have shared many critical comments on previous episodes. But after today’s episode, the series has only just begun for many. Because the expected satisfaction was achieved in this section.

Note: let’s assume that in the rest of our news you will see a lot of spoilers.

The season finale of “Rings of Power” drove almost all viewers in the wrong direction. For not only the orcs, but also Sauron managed to hide in front of our eyes for a whole season. Moreover, the appearance of the rings is actually his handiwork.

It turns out that Halbrand, who was considered the legal successor of the southern lands, actually took a relic with the royal coat of arms, as he said, from a dead man. For the royal family withered a thousand years ago. The man we know as Halbrand is actually none other than Sauron, who managed to hide.

In previous episodes, it was revealed that 3 people in white robes who were following the trail of magic falling from the sky were actually servants of Sauron. We even saw that one of them was quite strong.

However, they misunderstood that it was Sauron who fell from the sky, and they unravel the language of the wizard, who has been unable to speak for 7 episodes. Of course, the identity of the wizard is still unknown. But his journey with his hobbit friend tells us everything we need to know. Because we understand that this is how Bilbo and Frodo’s journey began from the day he first arrived in Middle-earth.

It was supposed to be a movie, not a TV series!

Directors, screenwriters and actors were sharply criticized in the previous episodes of the season. The biggest reason for this was that they turned the story that was supposed to be a movie into a TV series. They also tried to recreate Middle-earth.

For example, Galadriel swimming in the sea and trying to survive throughout the episode was perceived by critics as a rather unnecessary and cheap waste of time tactic. Of course, it took a lot of effort to find out that at this time he was actually approaching Sauron.

We also saw that Sauron’s main goal was to make two crowns instead of a ring and rule Middle-earth with Galadriel, whom he wanted to make his queen. Of course, it can actually benefit from its light.

After all, we can clearly say that; with the season 1 finale, the series has just begun.

Final Fantasy XIV Endwalker Will Be Much Bigger Than Shadowbringers, According...