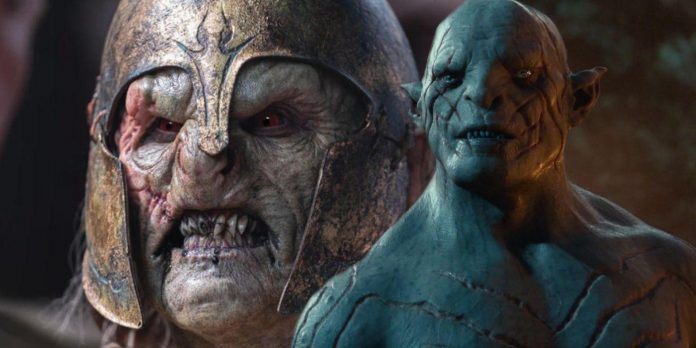 “The Lord of the Rings: Rings of Power” demonstrated the first look at the orcs from the series, proving that the series avoids the important mistake of the “Hobbit” trilogy. The series will premiere in September 2022 on Amazon Prime, the action takes place during the Second Age of Middle-earth. As the show’s release approached, the first look at the evil creatures was met positively.

Fortunately, Amazon took the series in a direction that avoided one of the mistakes of the Hobbit trilogy. Hobbit films were released between 2012 and 2014 as a series of prequels to the Lord of the Rings. Rings of Power is again a prequel to both trilogies, and there will be many familiar creatures and locations from both series.”

The main mistake that the Orcs of the Ring of Power avoided is their practicality. There were a lot of orcs in the Lord of the Rings trilogy, most of which were created using artificial makeup rather than computer graphics. However, when The Hobbit came out, many were disappointed that the main villains of the film Azog the Defiler and Bolg, two orcs, were completely created by computer graphics. However, with the advent of The Rings of Power, this problem seems to have been fixed. By choosing practical orcs with prosthetics, the creatures will feel similar to the Orcs from The Lord of the Rings, feeling much more tangible in the world and increasing the audience’s immersion. The main advantage of this is that prosthetics just look better than computer orcs. Considering the continuous improvement of the skills of prosthetists since the 2000s and The Lord of the Rings, orcs from the “Ring of Power” look amazing, whereas computer graphics often inevitably look outdated.

The problem with many Hobbit creatures was how they affected the narrative of the film series and the emotional stakes. Despite the fact that the film always looked great, it was a complete computer creation, but the stakes in it were often lowered due to its obvious impalpability for other actors. The nature of computer orcs, especially in The Hobbit: The Battle of the Five Armies, made them feel weightless. Since they weren’t tangible people in prosthetic suits like in The Lord of the Rings, the orcs seemed to hover on the screen, making the action seem cheap and ineffective.

It seems that with the return of the Ring of Power to prosthetics, these mistakes were avoided. Given the obvious practical nature of the orcs, it seems that the Amazon series is opting for physical creatures that avoid the traps of the Hobbit and his computer graphics creations. The presence of practical orcs not only looks better on the screen, but also allows you to better convey the emotional and narrative stakes of “The Lord of the Rings: Rings of Power”, avoiding one of the most slanderous mistakes of the “Hobbit” trilogy.

The return of the Avatars? Microsoft and Xbox could create their...