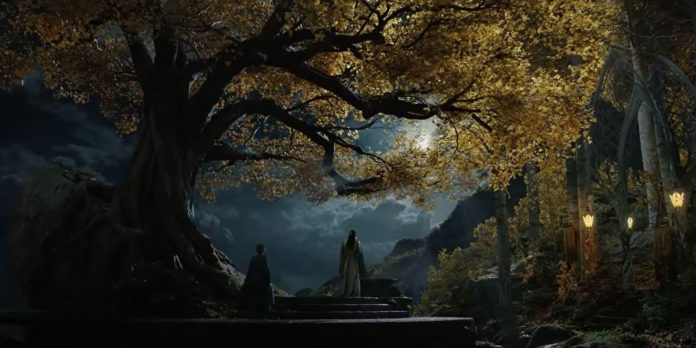 With the release of the latest trailer for “Rings of Power”, there are so many hidden details and hints that seem to relate to the main events of the Second Age of Middle-earth. For those familiar with Tolkien’s book The Silmarillion, there are several key events in the stories that look like they could be featured in a new Amazon series.

There are several key scenes in the recent trailer, and they could make a big difference in terms of potential characters, epic battles, and Middle-Earth events.

One of the key things that emerged from the earlier trailers and especially from the promotional images of the new series are the Trees of Valinor, Telperion and Lorelin. It is clear that they will play an important role in the plot of the series, as in the Silmarillion. The latest trailer goes one step further by clearly depicting the golden and silver trees separately, which may be a hint that the trees were destroyed by Melkor before he was captured, as is the event in the book that spurs so much darkness and hatred in the Second Age of the World.

It is also believed that the group of figures depicted later in the trailer raising their swords to the stars in the dark may be the sons of Feanor, a group that vows to find the Silmarils and bring them back so that the light of the trees can be restored.

One of the most exciting prospects of the series is the transition from Hobbits to other races of the world. Peter Jackson’s film trilogies gave wonderful and wonderful hints to these other peoples and cultures, but mostly focused on the journey of Hobbits to become unexpected heroes, and the battle of people to prove their worth, despite all the damage caused by their ancestors. However, the new trailer for Rings of Power looks like the series will focus more on the elves and dwarves of the world.

Viewers first see Khazad-Doom, the underground mine where Gandalf fights the Balrog in The Fellowship of the Ring, but unlike previous depictions of Moria and Erebor in The Hobbit, this is a living, thriving dwarf kingdom shown for the first time, not ruins. All this is very noticeable in another video shown in the trailer of Durin the 4th, holding a silver stone and declaring: “This may be the beginning of a new era” – could this be the discovery of Mithril by dwarves, the rarest and most precious metal in Middle—earth?

The conversation in which Elrond tries to comfort Galadriel and asks her to “put down the sword” has already aroused great interest. He tells Galdriel that the darkness has been defeated and that “It’s over”, to which she responds: “You didn’t see what I saw.” Galadriel at this moment experienced grief and tragedy, having lost her brothers in the battles of the First Era of the World. However, Elrond also survived the trauma and responds: “I’ve seen my share.”

This is followed by one of the most shocking and visually interesting scenes of the film: a frame drenched in red, with floating bodies, one of which is pierced by a spear, and something like a collapsing kingdom in the background. Galadriel is present in this scene and looks covered in ash and dust from the ruins. Some believe that this harsh image may refer to the war at the end of the First Era, known as the War of Wrath, which Galadriel experienced and therefore saw with her own eyes in the past. Others believe it could have been a vision of the fall of Numenor and the city falling into the ocean, which would have made it a prediction of what she saw in the future, which has not yet happened.

A scene depicting Queen Tar Miriel in one of the Numenor cities shows her walking through the streets and then looking at the sky in shock. It seems to be surrounded by white petals, which may be a reference to the dying white flowers on the tree of Gondor when the trees of Valinor from which it grew are destroyed.

Tar Miriel is also accompanied by Far Azon, the king, who can be seen in bright blue, red and gold tones — the king of men, who by his greed and stupidity helps lead the mighty race of Numenor to fall, so it’s clear. that in this period of the history of Middle-earth, the politics of the people of a fragile world will come into play.

Arondir is an interesting character that many people want to explore. Since he doesn’t seem to be mentioned in any of Tolkien’s original works, his journey can really go in any direction. From the trailers seen so far, it is clear that he is going through the time of captivity, as he is often shown in gray clothes and chained up, which suggests that there may also be a daring escape on the horizon.

Star Wars: The Book Of Boba Fett, When Will Each Episode...