Home Entertainment Rings of Power First Reactions call this a worthy entry into the... 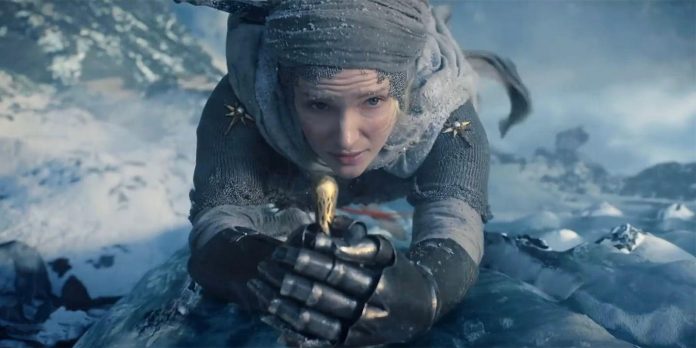 A lot has been said about the upcoming “Lord of the Rings”; the prequel The Rings of Power, but now that some sources are getting early access to the series, it looks like Amazon is taking the world of J.R.R. Tolkien has won the favor of critics.

In fact, The Lord of the Rings series won’t be released to the public until August in some theaters and September on Amazon Prime Video, but the press received it mostly positively after watching the first two episodes of the series. For example, despite admitting that the pace was slow at first, Germain Lussier of Gizmodo said that Rings of Power “instantly captured my imagination with fascinating stories and characters of Middle-Earth that are both familiar and new.” Similarly, Stephen Weintraub of Collider claims that viewers will be amazed at how massive this Middle-earth seems, saying, “I do not know how they managed to pull it off, but they made a Lord of the Rings show that looks like the Lord of the Rings.”

Also from Collider, Carly Lane-Perry praised the show for “stunning visuals, compelling characters, and a compelling role in Morfydd Clarke’s Galadriel.” This opinion seems to echo the general opinion that the huge billion-dollar budget of Rings of Power was spent in all the right places. Trent Moore writes: “A huge budget is just bleeding from the screen,” arguing that “Rings of Power” would not be out of place if placed next to Peter Jackson’s acclaimed trilogy, especially when it comes to visual effects and scenery, which are crucial for such a fantasy setting.

Lauren Sarner of the New York Post expressed some serious doubts expressed by fans of The Lord of the Rings about the prequel. She admitted that she was “very pleasantly surprised. This is actually good! Great! The visuals and tone are just right” for what she considers a fitting addition to Tolkien’s library. In general, these first two episodes seem to have convinced critics that “Rings of Power” is at least worth watching for fans of the franchise, some of whom expressed their skepticism with a flurry of dislike that descended on each previous trailer for “Rings of Power”. to the premiere.

Rodrigo Salem of the Brazilian newspaper Folha de Sao Paulo says that “THE PROLOGUE itself will destroy any terrible feeling you had” in response to this sense of wariness that seems to be driving the fandom right now, noting that “Rings of Power” will definitely benefit from cinemas. experience for the best fun. Suffice it to say that everything that critics say should be taken with a grain of salt, since productions such as “Thor: Love and Thunder” and “The Final List” have shown that there is a clear gap between the ratings of viewers and journalists, so perhaps it’s better for everyone to make up their own opinion. own opinion.

However, the “Game of Thrones” spin-off “House of the Dragon” enjoyed the same fanfare from critics and viewers, which may mean that HBO and Amazon are going to come face to face with two fantasy series of gigantic scale. Then, of course, it’s time to become a fan, just ask Neil Gaiman from The Sandman.

“The Lord of the Rings: Rings of Power” will premiere on Amazon Prime Video on September 2, 2022.

The Sinner: Season 4 Will Be The Last Of The Series;...