Home Entertainment Rings of Power: Does Gil-galad have ulterior motives in trying to send... 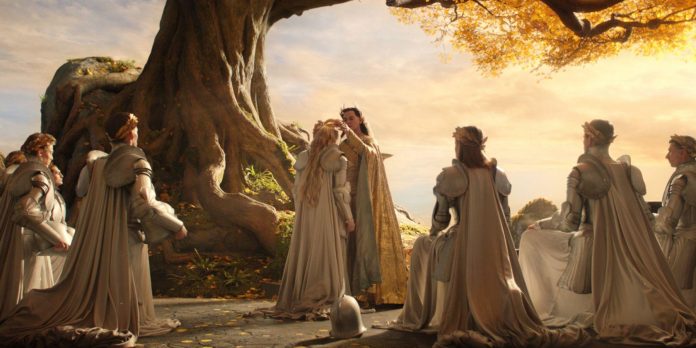 In these early stages of the Rings of Power series, many fans are still trying to determine who will be a good guy and who will be a traitor. The heroes and main characters of the story are characters who remain faithful to their mission, protect Middle—earth at all costs and faithfully protect those they love.

Antagonists and villains, on the other hand, are duplicitous characters who always have some kind of evil conspiracy hidden under the guise of loyalty and friendship. Those who really care only about their own benefit and serve only themselves, and do not follow the path of honor and salvation that was paved for them. Deciding which characters fall into which categories is difficult, mainly because villains always try not to catch the eye and are never so obvious at the beginning until they make an unreasonable mistake that reveals them.

A couple of characters fans are watching are Halbrand, a character who abandoned his shipwrecked comrades to a sea serpent but later rescued Galadriel from a horrible watery grave, and Theo, who seems like he might be an innocent child, but also looks like he might be corrupted by the evil shards of Sauron’s sword. which he secretly harbors. But one of the most striking characters, whose motives are already in doubt among fans, is the supreme king Gil—galad, the ruler of the elven kingdom of Lyndon. Even in the first two episodes, Gil-galad has already made some questionable decisions and hinted at some controversial decisions that may indicate that he has ulterior motives for his actions.

Towards the end of the second episode, the mysterious and arrogant King Gil-galad takes young Elrond aside and lectures him on the importance of duty and the need for a future ruler who will rule without obeying external forces. He then introduces the character Celebrimbor, the great elven designer responsible for creating 20 rings of power.

Gil-galad defends Celebrimbor and his work and clearly already knows about the plans to create rings, because he wants something powerful and beautiful to come from the elf race. This immediately causes alarm, because everything that comes from greed and pride is a dangerous temptation to interfere, and by pushing Elrond to participate, Gil-galad is already beginning to manipulate and control.

There is also the problem that, as is well known from the knowledge of Middle-earth, Celebrimbor is deceived by the disguised Sauron, forcing him to make the rings evil and corrupted. The resourcefulness with which Gil-galad handles these precious creations may mean that he already knows who Anatar (aka Sauron) is, but is too blinded and greedy to create rings to understand what kind of threat he poses.

Gil-galad knows that Elrond would never ask him, because at this moment Elrond is impressionable and completely devoted to his kingdoms and his people, naively, but there is one among the elves who would not be afraid to challenge him and challenge the creation of rings if she thought they were a threat to the world All over the world: Galadriel.

From the award ceremony, when the king places the crown on her head, it becomes clear that there is tension between the two characters. The king gives her this great honor, this reward for returning to their home in Valinor, but when he delivers his speech to the assembled crowd of elves, he stops when he reaches Galadriel, looking down at her, demonstrating superiority and warning not to provoke him. It is clear that he sees her as a troublemaker and does not want her to interfere in the creation of the rings or in the location of Sauron.

It seems too convenient that he sends her away just when she finds a sign that Sauron may still be around, and that the orcs in the icy wasteland have hidden his seal. Is it possible that Gil-Galad is protecting Sauron by sending Galadriel away, without actually knowing the dark lord’s true evil identity or the destruction he will bring? Gil-galad is one of the key fighters against Sauron in the Battle of the Last Alliance, which allows Isildur to cut the ring from the cruel hand that wears it, so fans know that Gil—galad will eventually stand on the right side of justice. and heroism, but it would be interesting to see how his story arc goes from trusting the wrong people and joining the enemy to correcting his mistakes and earning redemption.

Elden Ring Debuts In A Big Way In Spain And Exceeds...