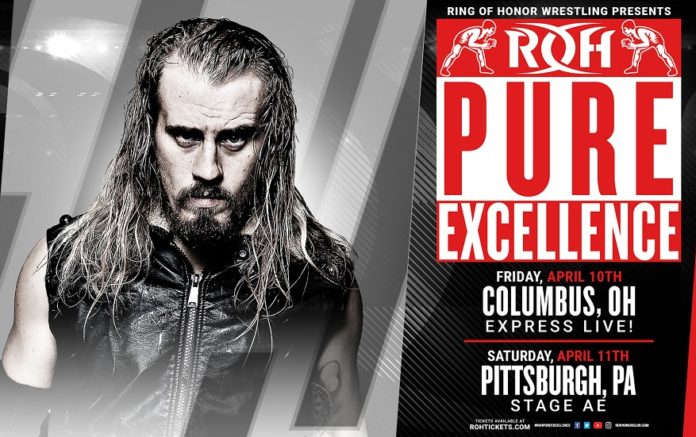 Ring of Honor (ROH) Wrestling has confirmed in the last hours new participants for their upcoming tournaments. Through press releases, the company has announced Mark Haskins and Slex for the tournament to crown the new Pure Champion . In addition, it has also been revealed that Katarina and Jenny Rose will be part of the ROH Women’s World Championship competition .

Mark Haskins and Slex join Doug Williams, Jonathan Gresham, Alex Shelley and Rocky Romero as confirmed fighters for the tournament. On the other hand, Katarina and Jenny Rose are the fourth and fifth fighters, respectively, to advertise for the competition after Sumie Sakai, Kellyanne, Angelina Love and Nicole Savoy.

It should be remembered that both tournaments will have 16 competitors . The Pure Championship tournament will begin on April 10 and 11 from Columbus, Ohio, with both nights of the “Pure Excellence” tour. The quarterfinals will take place at the ROH Battlestarr 2020 event on April 23, while ROH has not reported on the dates for the semifinals and final.

As for the tournament to crown the new Women’s World Champion, it will start with eight first-round matches, all of which take place at the Quest for Gold event, on April 24. ROH has also not provided more details about the following phases of the competition, announcing in the coming weeks.

Demi Lovato talks about breaking up with Max Ehrich!

The eternal power has been crumbling since then