Home Entertainment Rina Sawayama Shared The Video “Frankenstein” And The Dates of The European... 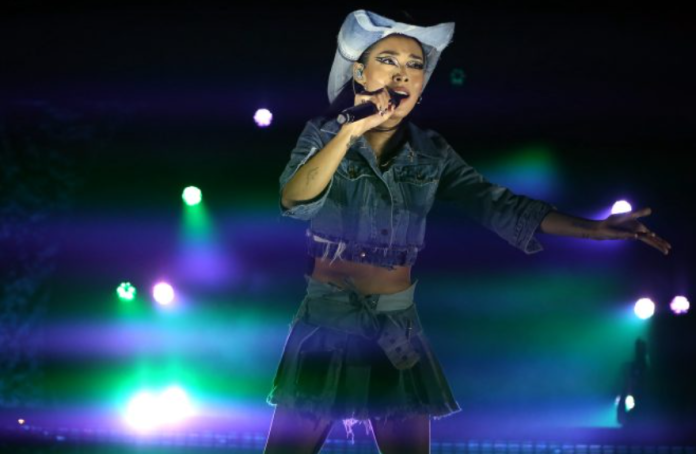 Rina Sawayama shared a new video for her single “Frankenstein” and announced a tour of Europe in 2023.
”
Last month, the singer released a new album “Hold The Girl” on the Dirty Hit label, and this week she completed a tour of the UK and Ireland at London’s Brixton Academy.

Dates have already been announced for the US, Australia, New Zealand and Japan, and now Sawayama has confirmed that she will bring the “Hold The Girl” tour to continental Europe next February.

The concerts will begin in Brussels on February 14 and will last until the end of the month, when the tour will end with a performance in Oslo.

Watch Rina Sawayama’s new video “Frankenstein” and check out the full list of dates for the 2023 European tour below.

During her recent tour of the UK and Ireland, Sawayama collaborated with the charity The Trussell Trust, which supports a nationwide network of food banks and provides emergency food and support to those in need.

Sawayama said: “I’m sure you’re all aware, but the cost of living is currently rising very much, and people are struggling to pay for basic things like heating and food. No one should worry about whether they can afford to eat or not.

“That’s why I’m partnering with the Trussell Trust for my UK and Ireland tour this month, supporting food banks as they provide people with a lifeline during this crisis.”

Sawayama follows a number of other artists who have pledged to help fans during the cost-of-living crisis. Back in February, the Bad Boy Chiller Crew gang launched a new “fans for food banks” scheme at their concerts.

A Plague Tale: Innocence will be one of the free games...