Home Celebrity Rina Johnson reveals what it was like to work with BTS on... 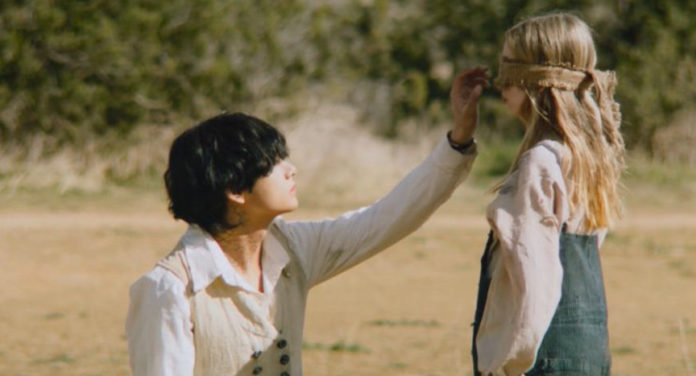 Rina Johnson reveals what it was like to work with BTS on ‘ON’. The girl shared some details of the filming of the video, where she lived with all the members.

The young actress Rina Johnson has gained popularity after sharing the screen with the guys at BTS during her latest music video, this is the clip of ‘ON’. Rina’s Instagram account currently has 100,000 followers , of whom many of them knew her due to her participation in the video for the promotional single Map of the soul: 7.

Recently, Rina performed a question and answer dynamic through this platform, during this space the actress shared some details about the filming of ‘ON’ and her interaction with the members.

Firstly, she said that when she saw RM her first impression was that she was a very tall person and also very attractive . The followers of the group questioned her from when she was ARMY, since in her account she repeatedly shares content related to them or even photographs of her with the group’s album or using some garment that identifies it as part of the fandom.

Rina confessed that she became a fan of the group after working with them , also said that during the filming of the music video all the members spoke English, so she had no difficulties communicating.

Rina filmed the first day with V and it was until the second day of filming that she was with the entire group. From her experience, she said that Taehyung was smiling the whole time and asking questions , when he communicated with her he did so by speaking slowly and very gently so that she could understand what he was trying to say.

The girl could not choose one of the group members as her bias , but she gave her opinion regarding all of them, she described V as kind , Jimin is sweet , RM is like super model, while Suga seemed very nice , to describe Jungkook, he used the term tender , Jin was very cool and J-Hope won the title of the most fun.

They also asked her what her first impression was when she saw Jimin , she said that the idol was very attentive to the boy who was by his side during filming, mainly because this actor could not stay in the sun for long.

At just 13 years old, Rina has gained a lot of attention on the networks and it would not be surprising if from now on we see her participating in many other projects, so she has begun to communicate with those who follow her work.

Fun Facts About Cole Mackenzie Fans May Not Know

Why Leonard’s glasses don’t have lenses in them