Home Celebrity Rihanna’s first new song in many years will be released along with... 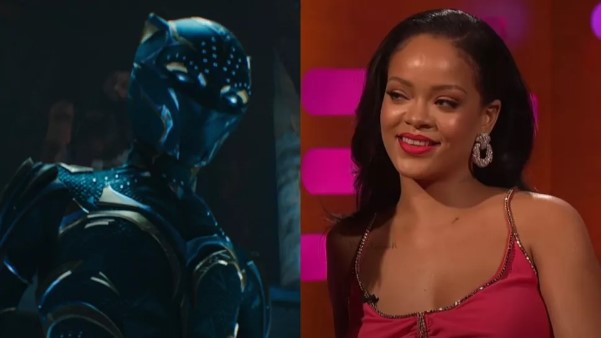 After waiting like an eternity, fans will hear Rihanna’s first song in years when she releases “Lift Me Up”. The song is part of the soundtrack to one of the most anticipated upcoming Marvel projects: Black Panther: Wakanda Forever. According to a Marvel press release, the song is “a tribute to the distinguished life and legacy of Chadwick Bozeman.” Although there were rumors about Rihanna’s participation, now that it has been confirmed, fans are going crazy, and there are good reasons for that.

This happened shortly after Rihanna announced that she would be participating in the Super Bowl Halftime Show. Between these two announcements and the expectation of new music, fans are excited about the pop star’s return. This fan conveyed the excitement well by posting a hilarious video in response to Rihanna:

Meanwhile, another fan noted that it’s been a whole 7 years since we received new music from a pop star turned entrepreneur and visualized her excitement with this video:

As you can see, Rihanna’s post has a tiny excerpt from the song. In fact, it’s just her humming, but after being deprived of her music for so long, many fans react as follows:

Another Twitter user notes how wild Rihanna’s comeback will be with the Marvel movie soundtrack, writing:

While it’s surprising that her comeback is tied to a Marvel movie, it’s not just a Marvel movie. The Black Panther is a cultural phenomenon. Its soundtrack received critical acclaim, and the song “All the Stars” by Kendrick Lamar and SZA was nominated for an Academy Award in the category “Best Original Song”. The soundtrack also featured famous artists such as Khalid, Vince Staples, Anderson Paak and many others. So, Black Panther music has a prestigious history, and joining Rihanna to this elite group of artists is very interesting. Although Kevin Feige is not sure about the chances of an Oscar sequel, I have a good feeling, especially considering that Rihanna is involved in it.

“Lift Me Up” was created by Rihanna, the film’s director Ryan Coogler, Nigerian singer-songwriter Thames and Oscar-winning composer of “Black Panther” Ludwig Joransson. Judging by the song we received, it will be a beautiful and touching way to honor the memory of Bozeman and his character, King T’Challa.

Rihanna is just one of many reasons to be excited about this long—awaited addition to the 2022 film schedule. Between the music, honoring Bozeman’s legacy and being able to return to Wakanda with your favorite characters, I have no doubt that Black Panther: Wakanda Forever will be an exciting and important film.

The pop star’s song “Lift Me Up” will be released on October 28, and on November 11 you will be able to see Wakanda Forever in cinemas. In the meantime, you can watch Marvel movies in order with a Disney+ subscription to see Chadwick Bozeman’s brilliant performance as the main character. The King of Wakanda.