Home Celebrity Rihanna was disgusted with her first kiss in high school! 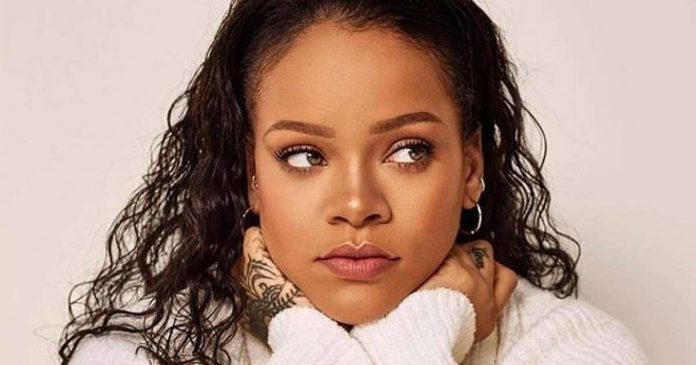 Rihanna waited until she was in high school for her very first kiss. A moment that still disgusts the American singer.

Rihanna will never be able to forget her first kiss which really disgusted her. At the start of her career, the American singer had recounted how it had unfolded.

There are memories Rihanna will never be able to erase from her memory. To her utter despair, by the way. Indeed, the singer would have liked to forget one. We tell you which one!

Thus, the one nicknamed Badgalriri told about it at the start of her career. Shamelessly and shamelessly, the American star admitted she was a “late bloomer.”

And for good reason, the pretty Barbadian started to take an interest in boys very late. It was only in high school that she started to watch them. That is to say !

So, Rihanna met a high school student who did not leave her indifferent. So much so that the young woman agreed to be kissed. But that first kiss didn’t go the way she thought it would at all.

“My first kiss was in high school, and it was the worst thing ever. He threw pretty much all of her salivary glands in my mouth. It traumatized me. I haven’t kissed since, like, ever, “she said. Yuck!

In any case, the Sex With Me singer isn’t the only one who regretted her first kiss. Indeed, many other stars would have liked it to unfold differently!

RIHANNA ISN’T THE ONLY

Yes, other stars regret their first kiss like Rihanna! Zac Effron, for example, has always recognized that he is a great seducer. And this, from an early age!

So the young man was able to get her first kiss when he was still only in elementary school. According to her anecdote, he would have done better to wait!

“I was in fifth grade. It happened in a cabin, we were playing ‘Truth or Dare’ but it quickly turned into ‘shovel the other person’. I was the only boy and I was surrounded by lots of girls. I had plenty to do, “he said.

However, he’s not the only one to have kissed a girl so early! Brad Pitt also didn’t want to wait any longer. “I was in fourth grade. We had agreed that I would find her in the garage of her house. It was like a contract. ”

“I went over to her, kissed her and came home,” he said. At least it was done! What about Leonardo Di Caprio? He was as disgusted as Rihanna!

“It was the most disgusting thing in my whole life. The girl injected about a liter of saliva into my mouth, and when I left, I spat it out on the way. ”

Nick Jonas got the chance to kiss Miley Cyrus for his first kiss. “It was very romantic. I had just eaten a pizza with a lot of onions, I’m sure my breath was terrible. ” Yum…

Michele Morrone unveils the theme of his song “Beautiful”!

BTS Bang Bang Con: The Live, everything you need to know...