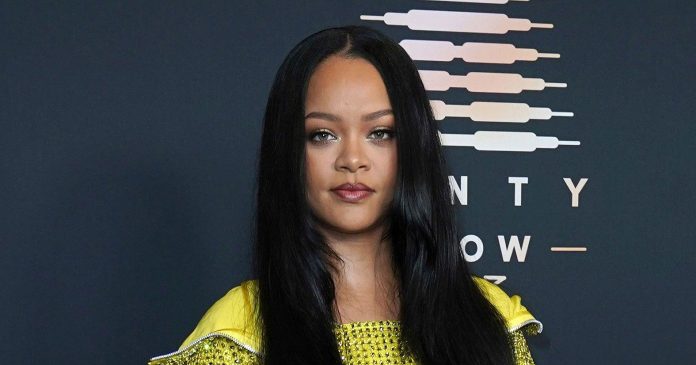 Does this mean that new music is coming soon?

Rihanna is officially named the performer of the Super Bowl Halftime Show 2023.

On September 25, The Hollywood Reporter announced that Rihanna had been invited to star in the legendary halftime show for Super Bowl LVII. The event, which will be sponsored by Apple Music instead of Pepsi for the first time in a decade, is scheduled for February 12, 2023 at State Farm Stadium in Glendale, Arizona.

“We are very excited to welcome Rihanna to the Apple Music Super Bowl Halftime Show,” said Seth Dudowski, head of the NFL music department. “Rihanna is a unique artist who has been a cultural force throughout her career. We look forward to working with Rihanna, Roc Nation and Apple Music to give fans another historic Halftime Show performance.”

Rihanna herself confirmed the news on her Instagram account with a mysterious post. Also on September 25, the star posted a photo of his tattooed hand holding an official NFL football. The caption to Ri’s post contained only a simple dot, but it was enough to cause a storm in the comments section. (The NFL also changed its social media bio to “The National Fenty League.”)

The fan frenzy is understandable, since Rihanna hasn’t released new music since Anti, released in 2016, and has been known to troll fans and friends when asked about new music. For years, Ri has focused her attention on her entrepreneurial endeavors, including her Fenty Beauty line, Savage X Fenty, and her short-lived haute couture line with LVMH. She was busy, and now she’s even more busy — last spring she had a baby boy from boyfriend A$AP Rocky.

However, Rihanna’s announcement of the 2023 Super Bowl drew criticism from some Internet users, with some referring to comments the artist made for Vogue in 2019. Rihanna admitted that she declined an offer to perform on the show in between halves that year, and later actively boycotted the event. in solidarity with Colin Kaepernick.

“I couldn’t dare to do that. For what? Who benefits from this? Not my people. I just couldn’t be corrupt. I couldn’t mediate,” Rihanna said of her refusal to appear on her November 2019 Vogue cover. “There are things in this organization that I completely disagree with, and I wasn’t going to go and serve. to them in any way.”

Naturally, this weekend’s announcement raises a lot of new questions. What made Ri change her mind, and what will she perform in February? Does this mean that new music is finally on the way? Time will show.

Although Rihanna was announced as the coveted main performer of the show during the halftime break, TMZ reported that the second act may join her in the line-up. Earlier this year, Dre, Snoop Dogg, Eminem, Mary J. Blige and Kendrick Lamar shared the Super Bowl stage. According to THR, more information about Ri’s show in between breaks, including a brief overview, will be published on various Apple Music social media platforms. Let’s keep an eye out.