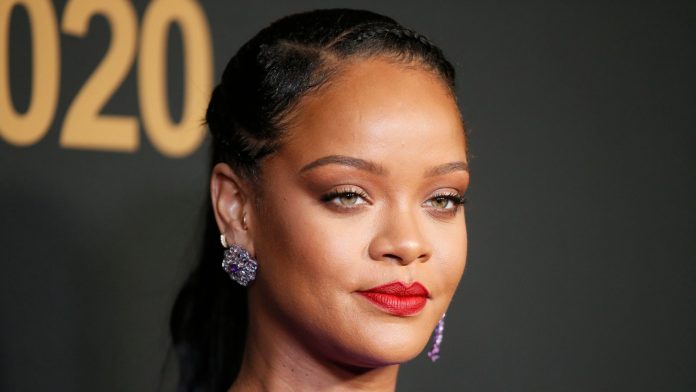 On Instagram, Rihanna was displayed very sexy topless and in shorty. But a detail in the photo caused an uproar in India!

To promote her lingerie brand, Rihanna decided to post a photo on social networks where she poses topless and in boyshorts. But this cliché sparked controversy in India for a whole other reason.

With 100 million followers on Twitter and over 90 million on Instagram, Rihanna is one of the most influential artists in the world! All his actions are therefore constantly scrutinized and every detail of his photos is analyzed. Just that !

In fact, on one of her latest posts, the singer appears topless and in purple boyshorts to promote her lingerie brand “Savage X Fenty”. So far, nothing abnormal!

Except that, in this at first glance very sexy shot, a detail caused a big bad buzz. Indeed, Rihanna wears around her neck a pendant representing Ganesh, the Hindu god in the form of an elephant. This is the most popular and revered deity in India!

Suddenly, in the country in question, it really does not pass. But then really not! Unsurprisingly, the photo angered many Internet users. Especially in India!

The controversy was in fact such that the case escalated to the top of the state.

Rihanna is making a big bad buzz in India for a topless photo!

RIHANNA: A MATTER OF STATE IN INDIA!

Rihanna’s photo was initially heavily criticized on social media. Indeed, many Internet users did not accept to see a God represented next to bare breasts. “Why is she wearing a Hindu idol in a half-naked photo? “, For example, surprised one of them.

See Also
Anxious Rihanna: her father is positive for the coronavirus

Some have even gone so far as to accuse the singer of blasphemy and cultural appropriation. Oh yes anyway ! “Rihanna wearing an Indian god, it’s not fashion, it’s about respecting Indians,” said another netizen in the comments. In short, the singer didn’t just make friends!

His photo sparked indignation in India to the point of becoming a real matter of state. Indeed, some Indian politicians have also reacted to the controversy. For example, a certain Ram Kadam, a member of the ruling party, expressed his anger at Rihanna.

“It’s appalling how she mocks our beloved Hindu god Ganesh. It shows how Rihanna has no idea or respect for Indian culture and tradition, ”the politician tweeted.

Next time, Rihanna will therefore think twice before publishing such a shot. Unless all of this is just a strategy to get people talking! To be continued !

Jungkook gives J-Hope one of his best works of art

Kate Middleton tired of taking care of her children!