Home Celebrity Rihanna describes how she found out about the pregnancy, telling Rocky as... 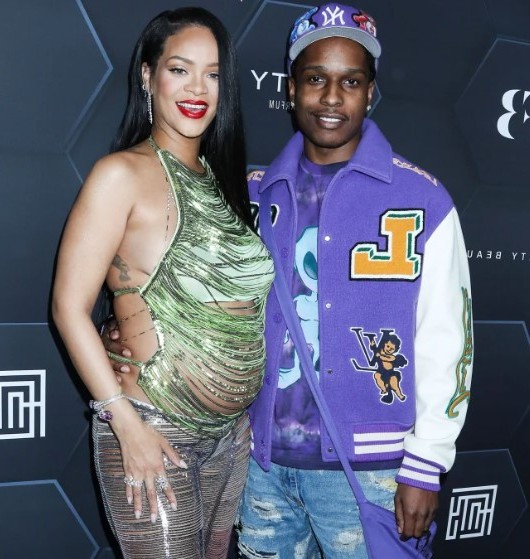 The sweetest of surprises. Pregnant Rihanna and ASAP Rocky weren’t necessarily trying to get pregnant when they conceived their first child.

“I wouldn’t say that [we] planned [to start a family],” the 34-year-old singer said on the cover of May Vogue magazine, published on Tuesday, April 12. “But certainly not against it. I do not know when I am ovulating or something like that. We were just having fun. And then it was just on a test.”

The Grammy winner noted that she “wasted no time” telling the 33-year-old rapper the news, explaining: “I called him inside and showed him. The next morning I was in the doctor’s office and our journey began.”

Although the Barbadian native “always thought” she would get married before having a baby, she added: “Who the hell said it should be like this? I definitely won’t let that stop me from becoming a mom. They will teach me more than I will ever be able to teach them. And I want them to go for it. I want to see who they are in the world, who they are becoming. Because I’m only here to keep them on the rails—as much a passenger as a driver.”

While the underwear designer is waiting for the birth of her child, the expectant mother is aware of the possibility of postpartum depression. “Will I feel out of control emotionally?” the expectant star asked. “These are stories I hear from other women that scare me.”

At the moment, the makeup mogul is focused on her “festive” maternity sale, talking about how fun she dresses up.

“I’m not going to let that part disappear because my body is changing,” Rihanna said. “I hope that we have been able to reconsider what is considered “decent” for pregnant women. My body is doing incredible things right now, and I’m not going to be ashamed of it.”

In January, the creator of Fenty Beauty announced that she and a native of New York will soon have a baby, and the actress showed off her bare stomach at Fashion Week events in Paris, dinners in Los Angeles and much more.

She and Rocky sparked romance rumors in 2019. The longtime friends kept their relationship a secret until the producer called Rihanna “The One” in an interview with GQ in May 2021. The businesswoman recently hit the headlines because of a huge diamond on her ring finger.

Rihanna spoke about her and Rocky’s transition from buddies to partners in an interview on Tuesday, saying that “people don’t get out of the friend zone very easily with her.”

She added, “It certainly took me a while to realize how well I know him and how well he knows me, because we also know what kind of trouble we can get into with each other.”

Vikings season 6: SPOILER reacts to the death of his character!