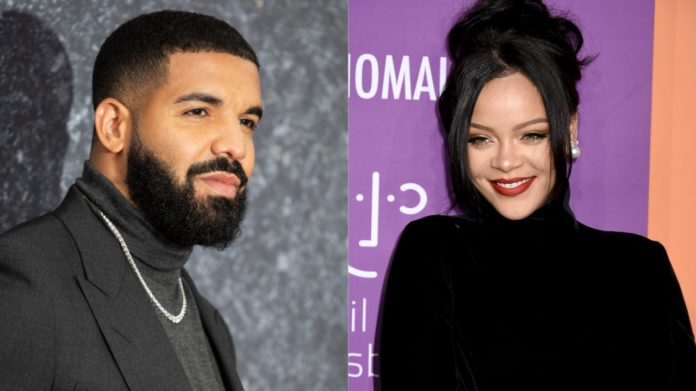 In the past, Rihanna and Drake were very close and even talked about a possible affair. In 2018, however, the singer revealed to Vogue: “We don’t have a friendship now, but we’re not friends … That’s what it is.” Looks like something happened that made this relationship cool, right? But the story has everything to have taken another turn! That’s what the Shade Room says.

Last night Rihanna was spotted arriving from a little party hosted by Drake at a nightclub in Los Angeles. The information is that everyone had fun until dawn, until 5 am, and the owner of the hit “Work” even had certain privileges…

To try to please the diva, Drake took an unusual action. He ordered a McDonald’s delivery, something Rihanna loves. Who revealed this was Lyrica Anderson, one of Rihanna’s best friends. “When Drake brings McDonalds to the club, he dropped her on his Instagram.

Rihanna and Drake had not been in the same place other than at work for a long time. Together they have already released big hits such as “Work”, “Take Care” and “What’s My Name?”.

Stray Kids talks about the process to create GO, their new...