Home Entertainment Riding The Subway All Over Night City? A Cyberpunk 2077 Mod Makes... 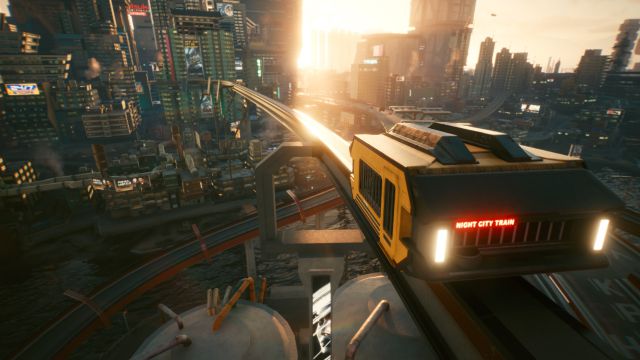 Cyberpunk 2077: A user creates a mod for Cyberpunk 2077 that adds a fully functional subway network through the stations scattered around Night City. Cyberpunk 2077 continues to grow hand in hand with its community. Among the most popular mods today, the Metro System stands out, which, as its name suggests, adds a system of travel around the city through the existing network in the infrastructure. Many players wondered why it does not exist officially. If you play it on PC, now you can make use of it thanks to the players.

KeanuWheeze, nick of the creator, has added a network of fully functional trains along the rails that we can see in Night City. The mod allows you to travel between 19 “hand-built” stations with no loading times. The meter is integrated into the game as one more function, compatible with command and native within the user interface.

To travel is very simple. Go to any of the stations indicated on the map and interact with the doors. A short teleportation will take you inside the station, where you can easily walk to the platform. From there you just have to wait for the next train to arrive. Once inside, the camera works as in any vehicle. You can even switch between first and third person.

Then we leave you with his page in NexusMods. In it you will see the requirements you need to be able to add it to your Cyberpunk 2077 files.

Remember that Cyberpunk 2077 is available on PS4, Xbox One and PC; compatible with new generation consoles. During the first quarter of 2022 it will receive its version dedicated to squeeze the hardware of PS5 and Xbox Series X | S. This update will be free for those who have a copy in the same brand of the platform.

Explanation of the new game in the Epic Games store on...