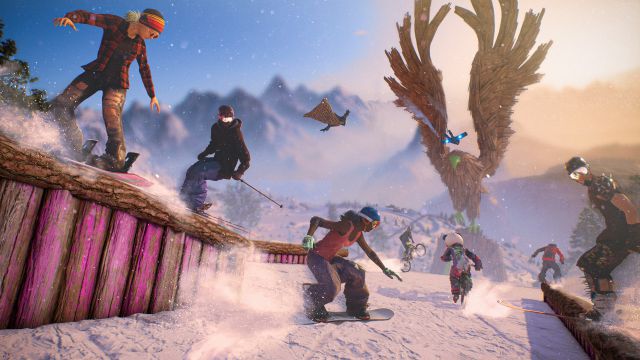 Riders Republic was expected to arrive in February. It will no longer be possible. The study delays its launch to some point this year, without specifying.

Ubisoft confirms the delay of Riders Republic, the new IP from the creators of Steep. It does so in a statement on social networks, where they maintain the 2021 framework, that is, it will arrive at some point this year.

“Today we want to inform you that we have made the decision to delay publication for a little later in the year. This additional time will allow our talented team to offer you a better and more fun experience ”, concludes the study, but not before thanking the fans for the show of“ support and understanding ”.

Riders Republic was originally scheduled to debut on February 24, 2021. However, it will not be possible. Announced in September last year, the title wants to introduce you to a “huge multiplayer world” like an outdoor sports park. More than 50 participants embark on massive races on skateboard, mountain bike, wingsuit or skis, through “numerous activities”. Sponsors such as Salomon, Red Bull, Santa Cruz, Rossignol and Barton confirmed their participation in the official licenses, among others. We knew its presence It points to PS5, PS4, Xbox Series X | S, Xbox One, PC and Google Stadia. It will be part of this year’s wave of intergenerational projects.

The first weeks of 2021 have not missed the dance of dates in some of the titles on the horizon. Hogwarts Legacy, the return of J. K. Rowling’s license to the video game, was moving towards 2022. On the other hand, Ratchet & Clank: Rift Apart changed “the first half” to “2021”, which suggests a change of plans. Something similar happened to Pragmata, Capcom’s brand, which is already expected for 2023. CES 2021 left us the dates so far of several games that accompany the PlayStation brand. Discover the calendar at this link.

The System Shock remake will premiere its final demo

They found a new easter egg in Last of Us