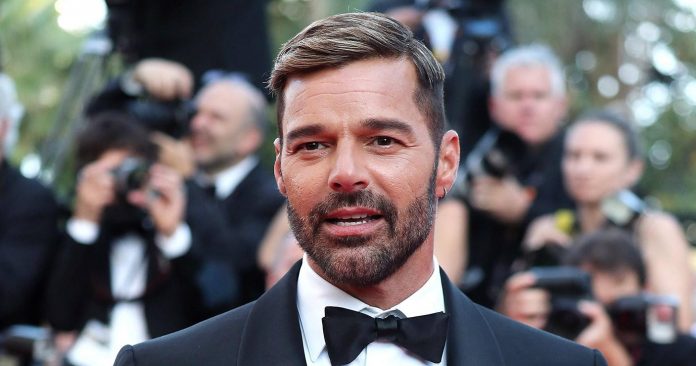 A restraining order was issued against Ricky Martin under Puerto Rico’s domestic violence law, although the singer denied the allegations.

“The accusations against Ricky Martin that led to the issuance of a protective order are completely false and fabricated,” the 50—year-old representative of the “Living La Vida Loca” artist said in a statement to The Hollywood Reporter on Saturday, July 2. “We are very confident that when the true facts of this case become known, our client Ricky Martin will be fully exonerated.”

According to a Saturday report by the Associated Press, a local judge issued a protective court order on Friday, July 1. The AP noted that the judge issued the request before authorities tried to hand Martin — real name Enrique Martin Morales — the order at his residence in Dorado, Puerto Rico.

“So far, the police have not been able to find him,” police spokesman Axel Valencia said on Saturday, noting that Martin was unable to contact the applicant by order. He also explained that the person who issued the warrant did not contact the police, but went to court.

The petition was filed after a complaint against the performer of “Falta Amor” was filed under the Territory’s Law 54, which is widely known as the Domestic Violence Prevention and Intervention Act. The bill was passed in 1989 to address situations of domestic violence, and according to its provisions, the name of the alleged victim is not disclosed.

El Vocero, a local Puerto Rican newspaper, reported that Martin and the alleged victim dated for seven months before breaking up earlier this year, which the former Menudo member did not accept. “The applicant fears for his safety,” the newspaper quotes the wording of the order.

Gemini time! Famous parents who have had twins for many years

“It was amazing [to come out publicly],” the former Voice Australia mentor told KIIS FM radio station in May 2014. “I would like to perform again, because this moment was very blissful. It’s really amazing, and then when it happens, you realize that all your fears were in your head. The level of support I received… from the media, [and] obviously my fans and my family, has been amazing. Unfortunately, society just pushes us to think that our feelings are evil.”

While Martin and the 37-year-old conceptual artist still haven’t publicly announced their relationship status amid Friday’s allegations, the couple have four children: twins Valentino and Matteo, both 14, Lucia, 3, and Renn, 2.

“My husband Jwan, I love you, my beautiful twins, Valentino and Matteo, they are here too, I love you with all my heart,” the musician previously said about his family during a speech at the National Dinner as part of the Campaign for Human Rights in November 2019, on the eve of the birth of his son Renn. “You are my strength, you inspire me every day, you motivate me to keep doing what I do, and you guys are wonderful kids. You guys are amazing. I love you. …I love big families.”