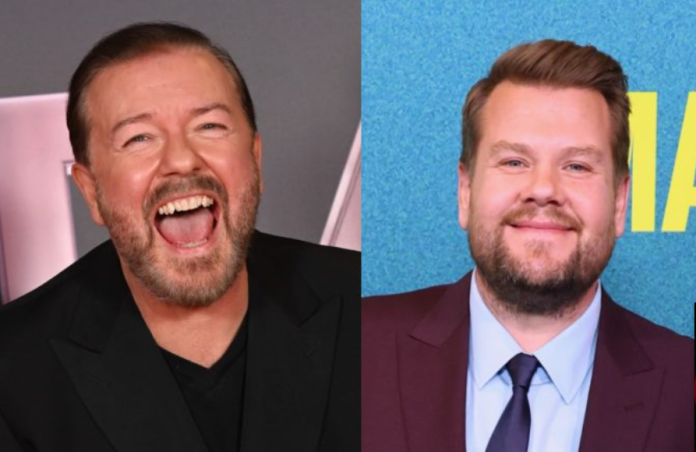 Ricky Gervais reported that James Corden reached out and apologized to him after using his joke on The Late Late Show.

Last month, Corden was called out over a monologue about Elon Musk’s Twitter takeover, which was taken directly from a joke in Gervais’ 2018 Netflix special “Humanity.”

After the monologue, Gervais posted a sarcastic response on Twitter, writing: “[James] a little bit about advertising game lessons in the town square in the town square is just great.” He later deleted the tweet because he “started feeling sorry for him.”

Corden later admitted that he “inadvertently” copied the joke on Twitter, adding: “Told a brilliant joke about Ricky Gervais last night on the show, obviously not knowing it was coming from him. It’s brilliant because it’s a Ricky Gervais joke. You can watch all of Ricky’s great releases on Netflix.”

Plagiarism? I don’t know what people are talking about, these two jokes by @JKCorden and @rickygervais are barely similar pic.twitter.com/9kYOHiOiLj

Gervais spoke about the incident on the BBC Headliners podcast, where he explained that Corden had contacted him privately.

“I said, ‘Don’t worry about it.’ I said, “If your writers were in the back of the room when I was warming up and you did it there before I did it on Netflix…” but whatever you do. think about James Corden, there was no way he could deliberately rip off my joke and thought he could get away with it,” Gervais said.

Asked if he regretted reacting to it, Gervais replied: “No, because I’m allowed to. I didn’t know how it happened. And I thought it was funny. I thought it was absurd that it was such an obvious plagiarism.

“But again, I do not know how he got to this, because the writer must have tricked him and said, “Do this and do that.” it’s up. This can happen too.

“There are some plagiarisms, but many of them are really random… So it was clearly my routine, but I don’t think he made it up at all. I think the writer suggested it to him and didn’t tell him it was mine, or the writer forgot. I don’t know, I want to be honest.”

Gervais is currently touring the UK with his show Armageddon, which will be released on Netflix later.

Animal Crossing Will Get More Free Content Later This Year