Home Celebrity Ricki Lake admits she has come to terms with hair loss after... 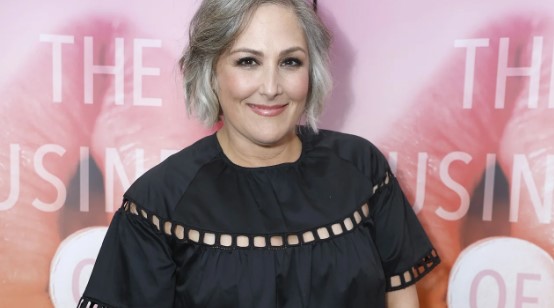 For many years, Ricki Lake communicated with an entire generation of fans on her eponymous daytime talk show, mainly because she remained authentic not only with her audience, but also with herself. So imagine how she felt for decades, hiding her secret of hair loss. Two years after Lake spoke about the ordeal, she tells ET that she has never been more contented and happy in her life.

Lake, who turns 54 on Wednesday, spoke to ET’s Nichelle Turner about how she accepted hair loss and the path she took to reach that point. The actress and TV presenter wrote an emotional post on social media on the first day of 2020 and said that she had suffered from hair loss for the best part of three decades. She added that even her therapists didn’t know the truth.

“It was something I had been hiding for a very long time,” she tells ET. “And it ate me up. It really, really bothered me because I’m really proud of being super authentic. What you see is what you get. And I think that’s why it’s so easy for me to be a talk show host. I don’t pretend to be anyone but myself. I’ve been through a lot.”

For example, losing her late husband, jewelry designer Christian Evans. She was married to him from 2012 to 2015. He tragically committed suicide in 2017.

“I mean the loss of my partner, my husband Christian, five and a half years ago. I mean, it was the darkest time for me,” she said. “And I got so much strength from sharing my journey and my story with the people who went through it. So it’s not conscious. I have to be exactly who I am. I’ve been through it. far from where I was.

“And to be honest, I’ve never been more contented and happy in my life,” she continued. “I think that having lost Christian to bipolar disorder and suicide and having gone through this loss, for example, how he loved me, and having lost him, I now love myself the way he loved me. “to love through this relationship and lose it.”

She adds that hair loss and physical transformation were something she really needed to internalize.

“For example, to go out and tell my secret, lay it all out and accept myself, you know, bald if I have to shave my head and rock it for the rest of my life,” she said. “It was approaching this place:”I’m fine.” And that got me to where I am now, where I think I valued myself in a way I didn’t before.”

Just last month, Lake, who married attorney Ross Berningham earlier this year, shared stunning and dramatic transformation photos amid her struggle with hair loss. The photos next to her show her shaved head next to a full, healthy-looking salt-and-pepper hairstyle. The photo with the buzzing head was taken in December 2019, and the next picture was taken in January 2021.

“And I don’t have the thickest hair on the block or anything like that, but my hair is healthy,” Lake tells ET. “I’m not worried about it. I really don’t think about it anymore. And that’s what has consumed me so much. Every time I looked in the mirror, when I was going through this, and wore a build-up, and, Oh, could they see that they were fake? And it would pull, it would hurt, and I would wear a hat. I mean, it was just my internal battle, and I know it seems superficial to people.”

Lake previously said that a number of factors led to hair loss, but for the first time it started when she starred in the movie “Hairspray”.

“Ever since I played Tracy Turnblood in the original Hairspray in 1988, and they treated and teased my then healthy virgin hair three times every two weeks during filming, my hair has never been the same. (Yes, it was all my own hair in the movie.),” she explained in her 2020 New Year’s post. “From hairspray to baldness. In my case, I believe that my hair loss was caused by many factors, yo-yo diet, hormonal contraceptives, radical weight fluctuations over the years, my pregnancy, genetics, stress, as well as dye and hair extensions. Working as a talent in various shows and movies, whether it’s [Dancing with the Stars] or my talk show, has also affected my beautiful hair.”

Looking ahead, Lake is beaming at the idea of hosting her own podcast Raised by Ricki with Ellen DeGeneres show alumni Kalen Allen. In the podcast, Lake will review his show, which lasted 11 great seasons. It has undoubtedly etched its name in pop culture lore, due to the groundbreaking segments of DNA test results on her show before Maury Povich popularized it on his, and with some of daytime television’s most memorable guests, including the wig thief.

Lake was only 24 years old when she was handed the microphone, and never in a million years did she think it would explode like this.

“No, I didn’t think it would be such a big success. I never expected my success and did not calculate the next step,” she said. “The hairspray came. Okay, I can be Tracy Turnblood. They gave me a talk show. I loved talk shows back then. I was Oprah, Phil Donahue, Sally Jesse. , I’m just a chann

The day Gigi Hadid found out about her pregnancy!