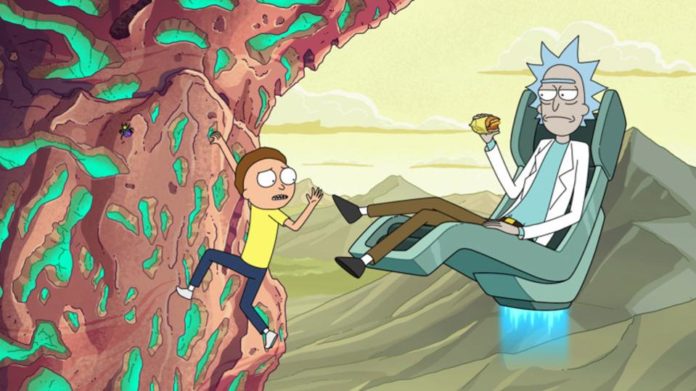 Rotten Tomatoes, one of the most famous ratings sites for movies and series, gave 100 percent points to the fourth season of the popular animated series Rick and Morty. Describing the adventures of a scientist grandfather and his curious granddaughter, the series will resume in 2020.

Rotten Tomatoes, a database where you can find healthy reviews and ratings for all kinds of movies and series in the world, gives these points according to the reviews of professional film and television critics.

One of the most popular animated series of recent years Rick and Morty’nin official platform for the fourth season, explaining the platform, Netflix’te series gave 100 percent points. The animation, which was evaluated by 29 critics, did not receive a single negative comment and achieved a first in its own name.

Rick and Morty will be back on the screen in 2020
Rotten Tomatoes has two different rating categories ‘Rotten’ and ‘Fresh’. Rotten films with less than 60 percent of the vote, while the higher-rated films fall into the Fresh category. Rick and Morty, who wore the olet Certified Fresh olet epaulette by getting 100 percent points from professional critics, got 89 percent from the audience.

Rick and Morty’s release this week was the last of 2019. The series, which will continue the second half of its fourth season in 2020, seems to be taking a short break this time. As a matter of fact, Dan Harmon, co-creator of Rick and Morty, said in an interview earlier this year that the gap between the 3rd and 4th seasons is absurd and that they will never try to take such a long break again. We will learn when Rick and Morty’s other episodes of the fourth season will be released in the coming months.