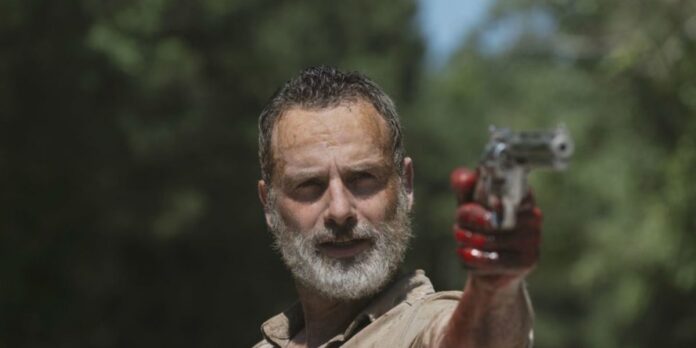 It’s been more than two years since Andrew Lincoln came out of The Walking Dead television series, and AMC announced that he would be starring in his own movie (or movie series).

In the intervening 25 months, we’ve learned more about what to expect from the Rick Grimes movie. For example, the second spinoff series, The World Beyond, has been exploring the CRM, the military organization that kidnapped and rescued Rick Grimes on The Walking Dead.

It also appears that Danai Gurira’s Michonne, who left The Walking Dead early in season 10, may also appear in the film.

Meanwhile, we also learn that The Walking Dead will end its run after the eleventh season in late 2022, and it seems highly likely that the Rick Grimes movie will provide a cap on the series.

We haven’t heard much about the Rick Grimes movie lately since the start of the pandemic, which obviously delayed production on the movie. However, in an interview Andrew Lincoln revealed that (if all goes well) filming should begin in the spring of 2021.

“It feels like there is a certain sense of positivity and chivalry comes with vaccines,” commented the actor.

“There is a kind of real sense of renewal, hopefully.”

If filming begins when Lincoln expects it to begin, the timing is running in such a way that it should be released in late 2022, which is precisely when The Walking Dead series will end.

It’s also been about four years since Lincoln left The Walking Dead. Additionally, through the partnership with Universal, fans will also have the opportunity to see the Rick Grimes movie on the big screen.

Possibly, if this is successful, Andrew Lincoln will make the other two planned movies and extend The Walking Dead to the big screen even as the series ends and becomes the Daryl and Carol series.