Home Entertainment Rick and Morty’s spin-off The Vindicators 2 has been released for Adult... 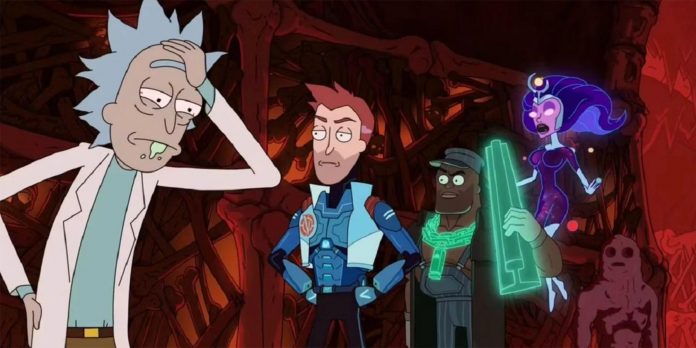 Despite the hiatus between seasons, Rick and Morty always have a lot of extra content to please their fans, as evidenced by the latest spin-off coming out of the show, which is now available for adult Swim, The Vindicators 2.

The title of the mini-series is taken directly from the fourth episode of the third season of Rick and Morty, “Vindicators 3: The Return of the Peacemaker”, where Rick reluctantly agrees to reunite with a group of superheroes due to Morty’s persistence, although throughout the adventure it made it quite clear that he does not really appreciate Supernova, Vance Maximus or anyone- or from other Defenders. During this episode, it was also revealed that the Defenders gathered for the third time, even completely ignoring Rick Sanchez once, which is exactly what this brief spin-off will focus on.

The Vindicators 2 was uploaded to the Adult Swim channel on YouTube, and all 10 episodes were released simultaneously. The first episode is aptly titled “Rick can handle it” in connection with the looming threat of Dumnomitron on planet Earth, which leaves no doubt that this team is not a fan of Rick. Episodes of “Vindicators” last about 2-3 minutes, so it really doesn’t take much time to complete the entire plot, but in it fans will find out what happened to Lady Katana, Diablo Verde and Calypso.

In “Vindicators 2”, many veterans of the series voice their abilities, such as Tom Kenny, Maurice Lamarche and creator Justin Royland, who play “Million Ants”, “Crocubot” and “Noob-Noob”. In addition, Gillian Jacobs and Christian Slater reprise their roles as Supernova and Vance Maximus. The online mini-series combines many materials that make up the universe of Rick and Morty, including several short films and anime with two main characters, the premiere of which was also shown on YouTube.

One of the creators of the series, Royland, was very busy last weekend at Comic-Con in San Diego, telling details about his upcoming project starring Hugh Jackman, Koala Man. However, this is not the only recent news about Rick and Morty, given the fact that their partnership with Adidas continues to strengthen the duo’s commercial appeal. It is not entirely clear when “Rick and Morty” will return in the sixth season, although for some time Royland and Dan Harmond stated that great success had already been achieved in the 6th and 7th seasons, thus hinting at a potential release at the end of 2022.

Last but not least, MultiVersus has also confirmed that Rick and Morty will join the platform’s roster of fighters along with LeBron James of all people, so since a full anime spin-off is also on the way, fans won’t be starving for content anytime soon.

New Games Coming To Game Pass Have Been Announced!