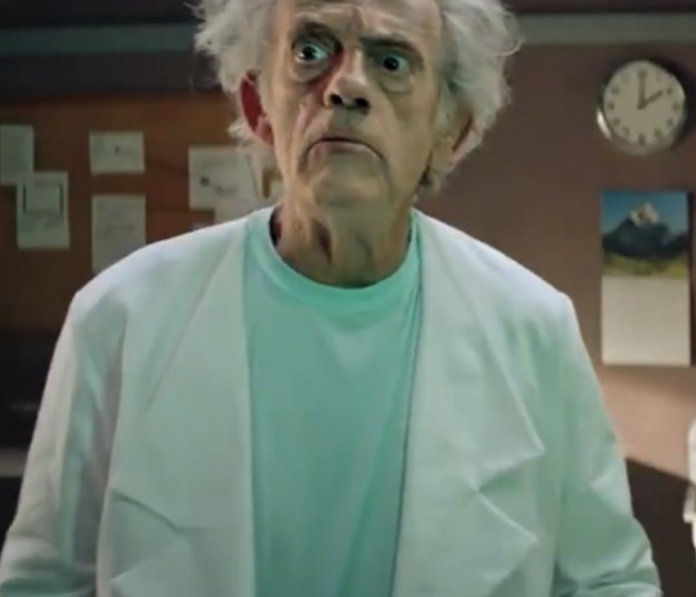 After One Piece and Cowboy Bebop on Netflix, will the animated series Rick and Morty in turn be adapted in live-action? This is the question we can ask ourselves when discovering the astonishing teasing made by Adult Swim on Twitter as the season 5 finale approaches, whose release / broadcast date is set for September 5, 2021.

As if the approach of the weekend was not enough reason to smile, Adult Swim has just given us a very nice gift by uploading a special video on its Twitter account. You can find out below, it’s a live-action version of the cult Rick & Morty animated series brought to the screen here by Christopher Lloyd (Back to the Future) and Jaeden Martell (Ca).

Should we understand that Rick & Morty, like Cowboy Bebop on Netflix, will soon have the right to a live-action adaptation (film, series)? A priori, it is unlikely, if only because of the budget that such a project could represent. However, since Adult Swim has not released more info on this, many theories already exist.

It’s no secret that Rick’s character is heavily inspired by Doc’s in Back to the Future. Aware of this, Christopher Lloyd has never hidden being ready to celebrate this link in one way or another. “I’m not the series that assiduously, but I’ve seen a few episodes, and I have to admit it’s a lot of fun,” he told the Phoenix New Times recently. “I know it’s kind of a parody of Doc. and Marty. So of course I would love to play [in such a project]. That would be really fun. ”

It is therefore not silly to think that the creators have called on him for a series of videos of the kind posted on social networks in order to make the buzz all weekend. The interest? It is this Sunday, September 5, 2021 that the final double episode of season 5 will be broadcast. Also, what could be better than such a teasing to warn fans and attract as many people as possible to the series?

2) The exploration of a multiverse:

Since the beginning of the series, the creators have been staging ideas all more crazy than the others through universes all more WTF than the others. So it’s no fool to think that this grand finale could see Rick and Morty land on the “live-action” planet of their own world, Earth C-132.

After all, it is not uncommon to see live series offered, for the duration of an episode, a few animation or stop-motion sequences to surprise fans (Lucifer, Community …). And when we know the pleasure that Dan Harmon and Justin Roiland take in diverting the codes of television, it would be logical to see them do the opposite here by integrating a live-action passage in a usually animated series. In fact, this teasing of a few seconds would then actually be a short extract of a much longer passage to come in the episode …

It’s no secret, we regularly have the right to post-credits scenes at the end of Rick & Morty episodes, which generally allow to complete a plot or to deepen a valve made upstream. Therefore, such a live-action sequence would fit perfectly at the end of the finale. Since we do not yet know when the season 6 will be broadcast, it would be a nice gift to the fans to thank them in advance for their patience. And this video would therefore be a teasing of this little bonus to discover during the final.