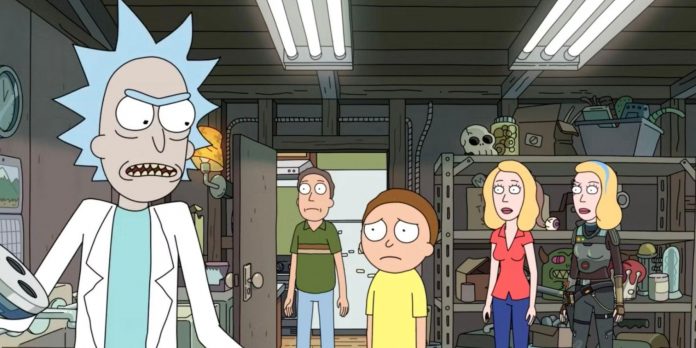 From giant franchises to groundbreaking indie films, the idea that our universe is just one of infinite realities has become a huge fad. The multiverse presents possibilities beyond imagination that exist simultaneously, and exploring these disparate worlds often turns into a fantastic journey. But if everything is possible, if everything is inevitable, what does it mean to do anything?

The Marvel cinematic universe at the moment is undoubtedly the largest media movement abusing the concept of the multiverse. This is a way to further link several moving parts of the franchise, expanding its jurisdiction to unknown parts. Fans will never see 99.9% of alternative dimensions, but what can lie in these planes of reality between those inhabited by commercial characters?

Dan Harmon and Justin Royland’s beloved sci-fi comedy series Rick and Morty follows the main couple who embark on wacky adventures across the theoretically infinite. Each episode begins with a wild sci-fi premise like “what if an alien parasite could spread by invading memories” or “what if a crystal could show a person the exact moment of his death”. This is a conceptual comedy that turns cosmic horror into mockery and mixes esoteric scientific ideas with banal family life. His eponymous main characters are, respectively, the smartest man in the universe and his meek grandson. The show’s most intelligent invention is Rick’s portal cannon, a portable device that allows instant movement between dimensions. A journey into new impossible realities is the bread and butter of the show.

If there’s one lesson that Rick Sanchez tries to pass on to his grandson over and over again, it’s that the existence of a multiverse should breed cynicism. How can any human decision mean anything in the multiverse? Everything that an intelligent being could imagine is happening somewhere out there. Being able to travel freely into the universe of your choice ensures that no decision, event, or random chance will ever make any difference. Just plunge into another universe in which this did not happen. Or one in which it could never happen. Or one in which all the participants are descended from lobsters, and not from monkeys. It evokes the basic principle of cosmic horror. We were small enough in the infinite expanses of our universe, adding infinite other universes does not help. Rick’s lesson, however, is not that the multiverse should frighten those who discover it. The multiverse provides perfect infinite freedom.

Rick’s philosophy does not complain that the multiverse makes everything meaningless. He’s celebrating it. The freedom granted by his portal gun allows him to completely abandon personal responsibility and act recklessly and with impunity. It is an all-permeable shield. Nothing matters, and that’s great. Rick offers a diabolical attitude to everything, because everything can be replaced. Rick is an absolute hedonist, and his indifference to most of reality is confirmed by almost every decision he makes.

One of the most important moments in the first season of the series comes when Morty accidentally destroys the world with one of his grandfather’s experiments. Rick does not complain and does not try to save the situation. He renounces his responsibility, leaves his home universe and settles in the reality in which they have already died. From the moment Morty buries himself, the show’s message of absolute freedom is anchored. For a person who can freely travel through the multiverse, this is an endless playground. However, those who do not have this ability do not get the same pleasure from the concept.

Any stranger in Rick and Morty wouldn’t know that the multiverse exists. They may have encountered one or another nightmare that Rick brought to their Land, but they will never know what lies beyond their perception. Morty learns gradually, and in the fifth season he is a completely different person than at the beginning of the show. Imagine any random person who spends the day with Rick and then returns to their normal life. Without the freedom to move between dimensions, all that the multiverse leaves to a person is one hundred percent certainty that everything is meaningless. Rick can enjoy cynicism by taking a radically positive approach to the concept, but no one else can. In fact, as shown in the final season finale, even Rick can’t quite accept it.

An unambiguous phrase in the first season introduced the concept of a “central finite curve”, which at that time sounded like a weighty sci-fi term covering all or most of the alternate universes. The finale of the fifth season finally revealed the meaning of this concept. The collective power of Risk across the multiverse has built a walled garden around the theoretically infinite, choosing only those realities in which he would be the smartest living being. At the end of season five, “Evil” Morty destroyed the central end curve, unleashing the multiverse for the first time in the franchise. Maybe next season, fans will see how terrible this concept can be, even for someone like Rick.

Sarah Paulson Says She Didn’t Want To Be On AHS: Roanoke