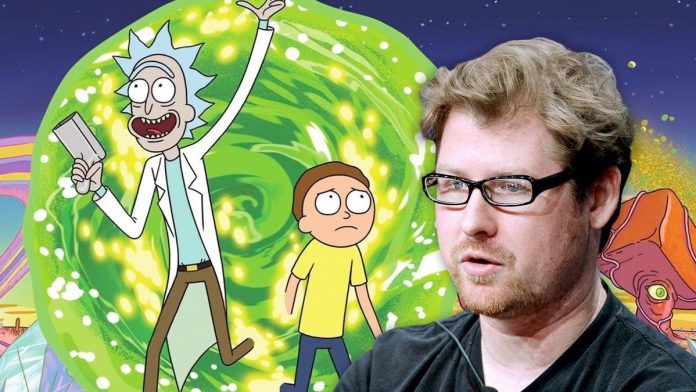 One of the creators of “Rick and Morty” Justin Royland does not really like the fifth season of the animated comedy. In an interview with IGN during Comic-Con in San Diego, Royland admitted that he had mixed feelings about last year’s season, although there were extenuating circumstances.

The fifth season of the show, which continued the adventures of chaotic Rick and his eternally traumatized grandson Morty, drew attention to the Evil Morty and his plan. As always, it was a mix of conceptual science fiction, clever writing and serious black humor.

The 25 best animated series for adults

But even if the season largely met the standards set by previous seasons, Royland still has mixed feelings about it due to the circumstances of the show’s production.

Now in its sixth season, which was confirmed to be released in September earlier this week, “Rick and Morty” has become known for its chaotic energy, quotable lines and sometimes wild cultural moments. Originally a parody of a kind of “Back to the Future,” Rick and Morty has steadily grown into its own vast multiverse with a serialized storyline.

But despite the fact that he has grown up, Royland still prefers the first and second seasons of Rick and Morty, to which he owes “the stupidity and fun that took place in the creative process.”

When asked about his five favorite episodes, Royland lists them in no particular order: “Total Ricoll,” the one in which the family deals with memory parasites; Rixty Minutes, the first cable series; “Big Problems with Little Sanchez” or with Tiny Rick; Ricky Must Go Crazy, guest Stephen Colbert starring and M. Knight Shame-Aliens in which Rick, Morty and Jerry fall into the trap of an alien simulation.

Royland recalls that these episodes were like “Rubik’s Cubes” that the team had to solve. He describes a scene in which he, co—creator Dan Harmon and the rest of the team gathered around a whiteboard, exhausted, arguing about every possibility-“little things” like whether Jerry would lose his costume when the simulation disappeared. .

According to Royland, the later seasons were a bit more formalized and less prone to wild deviation. “We weren’t going to just rip it all up, throw it away and start over.”

The departure of Mike Mendel, who previously worked on The Simpsons, The Critic, and Royland’s Sunny Opposites, was difficult and tragic for the Rick and Morty staff. Royland wrote at the time: “My friend, partner and line producer Mike Mendel has passed away. I’m devastated. My heart breaks for his family. I do not know what I will do without you by my side, Mike. I am destroyed.”

I think we’re finally back to the rhythm of Rick and Morty, and I think season 6… I don’t really think season 5 is bad, but season 6 is pretty damn amazing. It’s a really damn high-quality season.”

However, ahead of the sixth season of Rick and Morty, Royland seems more optimistic.

“I would say it’s a bit more canonical,” he explains, although he says there will be a good “entry point” as well. “It really rewards the fans of the show who have watched up to this point… So I think we’re finally back in the rhythm of Rick and Morty, and I think season 6… didn’t really think season 5 was bad, but season 6 is fucking amazing. It’s a really damn high-quality season.”

As for his relationship with co-writer Dan Harmon, whom he once compared to Rick, Royland says, “That’s good.”

“I mean, look, we work very differently, and I don’t like working. His philosophy is perfection,” says Royland.

Royland himself is busy as always, working on “Solar Opposites” for Hulu and continuing to run his own game studio, which is currently developing High On Life, an ambitious first—person shooter. Meanwhile, the 6th season of “Rick and Morty” is scheduled to be released on September 4 on Adult Swim.

San Diego Comic-Con, which concluded last Sunday, got a lot more coverage, including our list of SDCC winners and everything that was announced during the show.