Home Entertainment “Rick and Morty” are going back to their roots — here’s what... 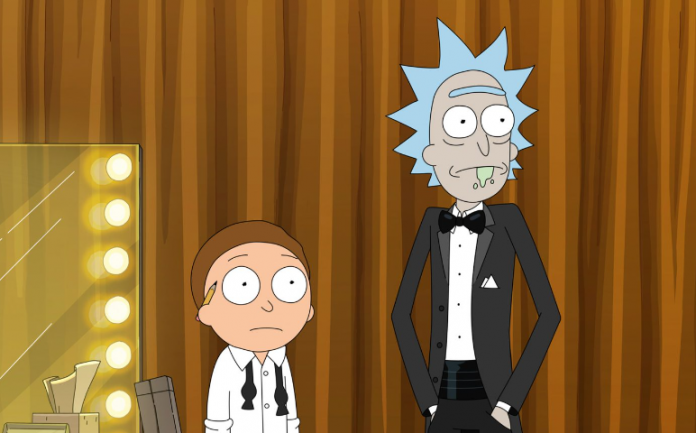 Now the portal cannon is fixed, get ready for even more chaos with jumping on planets.

“Rick and Morty” rewrote the extinction of dinosaurs in the latest episode of “JuRicksic Mort”. The ancient beings have ceased to be creatures to be feared, they have turned into harmonious, slightly condescending intellectuals who believe that they are spreading peace throughout the galaxy. They also don’t know that their utopias are being consistently destroyed by the “evil rock variety”.

By the end of the episode, Rick has fixed his (long-defunct) portal cannon and promises to return to “classic episodes” with “porting in, destroying shit and going out.” Here’s what you need to know about the show’s most important object.

Rick’s portal cannon, along with the portal’s supply in the Citadel, was hacked by the Evil Morty in the season five finale. This caused each portal to open a gate for a deadly monster, killing many Rick and Morty in the process.

How did Rick fix the portal cannon?

He just… fixed it

Once the dinosaurs are dealt with, Rick calls Morty to the garage after the explosion. Without any explanation of how (who needs it, really?) Rick again demonstrates the work of the portal cannon, opening a portal to a dimension where people wear hats.

Referring to the seventh season of the fifth episode “Gotron Jerry’s Rickvangelion”, Rick pulls out a “Boob World” hat for Morty, a place they planned to visit in this episode before being distracted by mechanical ferrets. Could a trip finally be on the cards for next week’s episode?

What else could it be related to?

Rick Prime was duly introduced in the first episode of the sixth season. He is Rick, responsible for the deaths of Rick’s wife Diane and daughter Beth in dimension C-137, the catalyst that led Rick-137 (the main one) on a revenge mission to hunt him down. Another dynamic of Rick Prime’s existence is that he is Morty’s real grandfather, and Rick-137 admits that he joined the Smith family, hoping that Rick Prime would come back so he could kill him.

The last time we saw Rick Prime in a video after the credits of the same episode, when he was sent to his original “Cronenberg Dimension” after Rick-137 accidentally dropped all the portal travelers. Faced with the scoundrel Jerry, Rick Prime does not understand why he was sent there. However, earlier in the episode it was noted that Rick Prime probably faces the same difficulties as everyone else when escaping from his original dimension, and that he may be “trapped”.

Given that Rick-137 found a way around the problem with beacons and wormholes, it is possible that Rick Prime escaped from his original dimension using similar methods. If not, and his portal cannon is back in action, Rick-137 may be tempted to visit the “Cronenberg Dimension” in the hope of revenge, which he has been striving for all these years after the death of his wife.

Can Rick Prime team up with the Evil Morty?

Closing the fault can make a big difference

In “JuRicksic Mort”, the dinosaurs decided to help Rick by closing a huge crack in space created by the Evil Morty. At the end of season five, the Evil Morty destroyed the Citadel and traveled through the rift to the multiverse beyond the Central End Curve, where Rick is no longer the smartest person in the universe.

Rick’s reaction to the closure of the rift causes meta-confusion: “It was all canonical and shit, we could milk it for a whole season.” While this plays out as a joyous destruction of the canon, the rift has been floating there for five episodes, so maybe something else has passed that could lead to galactic problems in the future.

Alternatively, it could be screenwriters temporarily blocking one plot thread to distract attention from another. Rick and Morty play fast and loose when they decide to engage in a serialized plot between one-off adventures, but now that Rick Prime is properly installed, it seems that the course of the sixth season should raise his status as an immediate key villain.