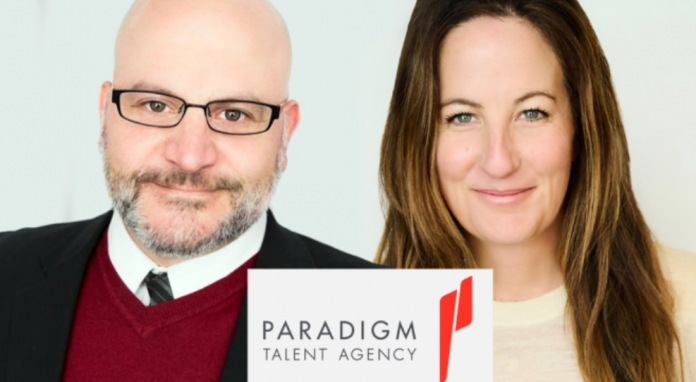 Kern joins Paradigm as a media rights agent after seven years in New York as head of cinematic entertainment at Foundry Literary + Media. A veteran studio executive and producer who has recently settled in London, Thomas joins us as a film lighting agent. Both new additions to Paradigm will be based in the Los Angeles office.

“Alicia and Richie are invaluable additions to our growing list of smart and enterprising representatives,” said Paradigm Managing Partner Andrew Roof. “As we begin our partnership with Paradigm Media Entertainment companies dealing with news, sports commentators and culinary talents, Richie’s rich experience in the world of book adaptation allows him to identify unique, lucrative opportunities for intellectual property of our clients in all spheres. media. Alicia has played key roles in award-winning feature films and blockbusters, having a long-standing business relationship and a comprehensive understanding of the production process that few agents possess.”

“I am very excited to be part of the growing Paradigm team,— Kern said. “Being able to leverage Paradigm’s impressive client list offers many opportunities for the core ownership rights that I transfer to the agency.”

Thomas added: “Having worked as a producer and studio executive for two decades, I am happy to use the eye for storytelling and understanding the studio system from the inside to serve our dynamic customers.”

Kern’s multi-faceted career has focused on working with core content for adaptation. During his time overseeing film and television at Foundry Literary + Media, some of the projects adapted for the screen based on the agency’s books included Dopesick for Hulu, The Miss Pat Show for BET+, The Rook for Starz, Escaping the NXIVM Cult and Searching for Neverland for Lifetime and feature films. including The Sisters Brothers, Stronger and Ready Player One, as well as the acclaimed Showtime documentary “Murder in the Swamp”, which was packaged and sold by his new colleagues from Paradigm. Kern was previously a senior editor at Thomas Dunne Books, acquiring book titles for Macmillan Entertainment. Prior to that, he was a WME agent specializing in adapting books to films and television. He began his career as a theater agent at New York-based Talent Presents Inc. and as an intern agent at ICM in Los Angeles.

Most recently, Thomas was a producer in London, where she created the feature film “Happiness for People” based on the novel by P.Z. Reisin with Lord and Miller at Universal Pictures. Previously, she served as vice president of Development at Working Title, where she worked on films such as “Kid on the Drive” and “Robbers”. Prior to that, Thomas was vice president of creative affairs at Legendary Pictures in Los Angeles, working on projects such as “Where the Wild Things Live,” “The Dark Knight” and “We are Marshall.” She began her career at Warner Bros., going from executive assistant to creative director, and played integral roles in films such as Christopher Nolan’s Batman: The Beginning, Wolfgang Petersen’s Troy and Zack Snyder’s 300 Spartans, and then worked as a full-time producer for her. A production company based on WB.

Eliott and Gaspard learn that they are brothers!