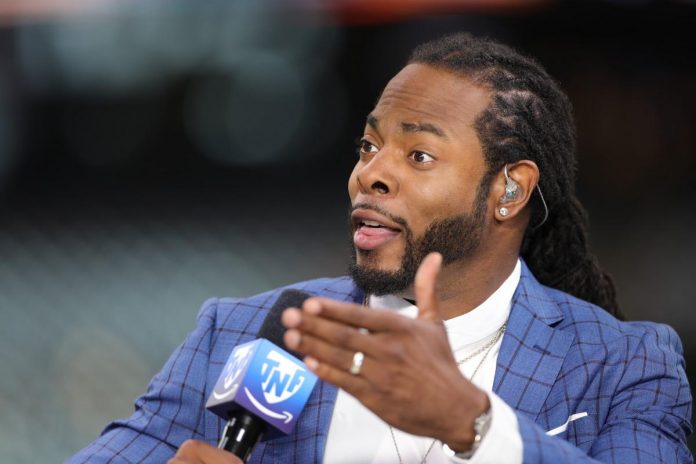 Richard Sherman objected to some of Russell Wilson’s recent comments about why he left Seattle.

In a recently deleted tweet by Broncos reporter Arik DiLalla, Wilson said the deciding factor in his coming to Denver was that he didn’t feel the team’s victory was entirely up to him.:

At the Broncos Kickoff Luncheon, Russell Wilson said one of the things he liked about Denver was that he didn’t have to carry the team on his shoulders alone.

Something the five-time Pro Bowl player laughed about on Twitter.

It’s unclear if Wilson was referring to his entire time with the Seahawks or just the last couple of years.

But DiLalla tried to clarify the situation by posting an upset post.

“These answers are pathetic,” the writer said. “Russell’s comments were in support of his new teammates. He never said a bad word about Seattle. He only spoke highly of his stay there.”

Wilson and Sherman co-existed as teammates, but the future Amazon “Thursday Night Football” analyst has never been shy about criticizing his former QB.