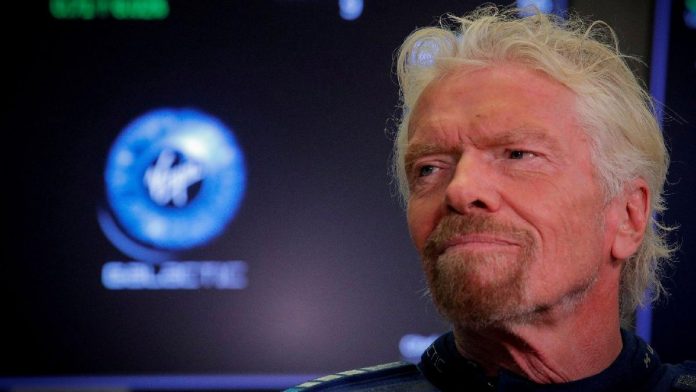 In the past weeks, we talked about Blue Origin CEO Jeff Bezos going into space with his brother. Shortly after this decision was taken, British businessman Richard Branson announced that he would go into space earlier than Bezos with the rocket of Virgin Galactic, which he founded. Richard Branson delivered on his promise today.

Richard Branson has made his space journey, which he has been planning since 2004, with his own company Virgin Galactic. Acting before Jeff Bezos, Richard Branson became the first billionaire in space.

Jeff Bezos announced the date of the space travel that Blue Origin will make with the 6-person New Shepard vehicle as July 20. In his subsequent statement, Richard Branson announced that on July 11, he will go above the space limit with his own company. The flight in question took place today.

Richard Branson soared 100 kilometers above the ground in Virgin Galactic’s ‘spaceplane’ Unity. The billionaire, who started the project in 2004, hoped to make this flight in 2007. This period took longer and longer, but in the end, the almost 20-year plan was carried out with the motivation to become the first billionaire in space.

The flight had been scheduled since 2004

Speaking to the BBC about the flight, Sir Richard Branson said, “I have wanted to go to space since I was a child and I aim to make this dream come true for hundreds of thousands of people over the next 100 years.” , The Universe is fascinating too… I want people to look at our beautiful Earth from afar and take a good look at it after returning to Earth.”

The Unity rocket, which took off from the US state of New Mexico today, was lifted to a height of 15 kilometers by a large plane. Afterwards, Unity continued its journey with its own engine, reaching an altitude of 100 kilometers in 90 seconds at a speed of 4 thousand kilometers per hour and reached its goal. Unity’s return journey is currently underway. Richard Branson and his crew will land on Earth in about an hour.

Jeff Bezos’ chance to become the first billionaire in space was lost with this flight. But the competition has no end. Don’t be surprised if Bezos says “Come on, I’m going to the moon too” this week.

TikTok: Shock Decision From The US Government