Home News Ric Flair: “Vince McMahon and Dusty Rhodes must be on any Mount... 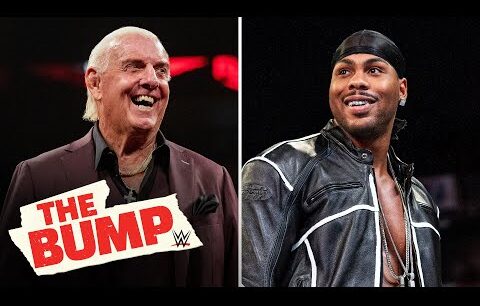 The WWE Hall of Famer Ric Flair was invited to the most recent episode of The Bump. Among other things, Flair spoke about her match against Vince McMahon in 2008 and about the main influences of her career. Here are the highlights, transcript courtesy of WrestlingInc.

Vince McMahon wanted to fight him in 2008

“One day Vince McMahon called me. ‘It’s time,’ he said. Time for what? For me to sign a new contract? He said he had a spectacular idea. He has been a great mentor throughout my career, so I listened carefully. He likes to get involved in everything, so he decided it was a good idea for us to have a fight. Look, I’m not Kevin Owens, nor Mick Foley, nor Shane McMahon, but I jumped on him. ”

Dusty Rhodes and Ray Stevens were great influences on his career

“When I started in business, I copied everything the fighters I admired did. Without Ray Stevens and Dusty Rhodes, Ric Flair would not have gotten where he has got to. Dusty was the man. We had a 20-year rivalry. Blood, nightly, guts and cells. He was a genius and a phenomenal talent.

I always see people talking about their Mount Rushmores. Look, if you’re going to be serious, you have to put Vince McMahon and Dusty Rhodes on. I don’t know who the others might be. “

Mourning is over: members of the royal family resume their work