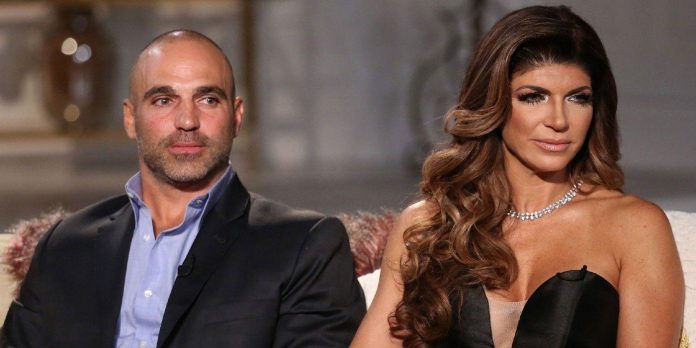 New problems may arise between Joe Gorga and Teresa Giudice after the “Real Housewives of New Jersey” star missed his sister’s housewarming party. Teresa recently hosted a lavish gathering dedicated to the house she and Luis Ruelas bought together last year. Housewarming is an important stage for a happy couple before the upcoming wedding. Teresa does not allow any of her friends or family to burst the “love bubble” that she has with Luis, and fights to the end to protect her fiance.

Teresa targeted Margaret Josephs throughout season 12 of RHONJ after Margaret asked questions about Louis’ past. By the time the reunion was filmed, Teresa was locked up, loaded up and ready to engage in a war of words with anyone who suspects her fiance. The drama spread to Melissa Gorga, who has a long history of relationships with Teresa. The two daughters-in-law eventually admitted that they did not communicate much, except for filming together. Teresa kicked Joe off the set when she said her brother was a “bitch.” Melissa and Joe have continued to denigrate Teresa in podcasts and interviews since the reunion aired.

Now, during the filming of the 13th season of RHONJ, Teresa hosted a housewarming party, which Joe reportedly missed. The Bravo Housewife’s fan page on Instagram shared a message saying that Joe missed Theresa’s housewarming party after a fight with Luis at a recent boys’ party. It is reported that the relationship between Joe and Louis got so heated that Joe refused to attend Teresa’s housewarming party. This is the second scandal Joe has recently been involved in after he was filmed berating one of his tenants who was late paying rent. Joe is known for expressing his opinion with emotion and lashing out when he is not heard.

In the 12th season of RHONJ, Joe even met his niece Gia Giudice. When Louis joins the picture, Joe is given the task of trying to get to know his new brother-in-law. But there were signs of a possible future fight between the two men when Joe warned Louis about his protection of his family. Teresa is happy with Luis and does not allow anyone to spoil their happy home. With their four daughters and Luis’ two sons, the couple has done a good job of uniting their large mixed family into one house. Joe deciding to skip the housewarming probably means Melissa missed the event too.

With all the pre-existing family drama from season 12 of RHONJ carried over into the new season, Joe and Louis had to clash heads. Fans of “The Real Housewives of New Jersey” will have to wait and see how things turn out. But, apparently, Teresa and Joe have returned to the rivalry of their brothers and sisters, which has been observed in the series since season 3. I hope Teresa and Joe make up before the wedding day approaches. Joe is her only brother and sister and the only man in her life that she will most likely want to walk down the aisle.

New From The Creators Of Days Gone Will Have Multiplayer Elements