Home Entertainment RHOM: Lisa claims that Lenny threatened her in front of their children 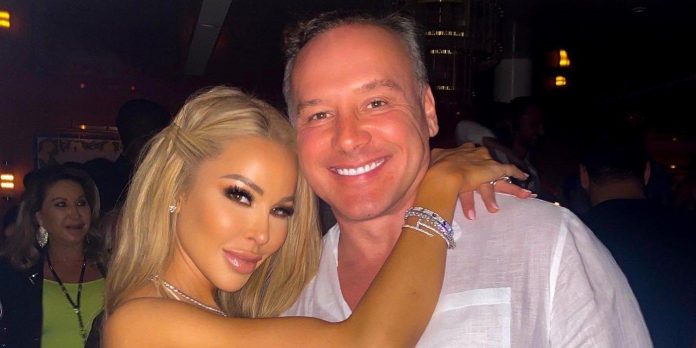 Lisa Hochstein’s divorce from Lenny Hochstein becomes unpleasant: the star of “Real Housewives of Miami” accuses him of threatening her in front of their children. Lenny made it very clear that he no longer wanted to marry Lisa. After 12 years of marriage, Lenny filed for divorce last month. He also wasted no time leaving with his new girlfriend Katarina Mezapa.

Lenny and Lisa have already sparked divorce rumors before filing an application after a nightclub showdown between the divorcing couple and Katarina. Lisa took Larsa Pippen with her to confront Lenny and Katarina at a gala concert in Miami. Eyewitnesses say that the situation escalated, exchanged words and threw a drink. Unfortunately for fans, the cameras weren’t working when the melee occurred. But Lisa is going to talk about a messy divorce in season 5 of RHOM.

Now, amid the divorce, Lisa and Lenny are apparently at war over her eviction from the $52 million Miami mansion they lived in together. Lisa recently filed court documents obtained by the U.S. Sun in which she accuses Lenny of threatening her and scolding her so much that she was forced to flee the family home. Lisa has demanded the exclusive right to use and own a luxurious mansion and wants to stop Lenny’s unannounced visits. The documents accuse Lenny of exposing his new girlfriend to their son and daughter, “which harms the interests of minor children,” the documents say. Lisa further accused Lenny’s girlfriend of behaving “in a way that could be perceived as harmful to underage children.”

After filing for divorce, Lenny filed additional documents to get Lisa out of the house. In his statement, Lenny offered to pay for another house where Lisa could live comfortably with her children. Lenny agreed to either buy Lisa a house for $3.5 million, or rent a luxury residence “for a reasonable period of time.” But Lisa has made it clear that she does not want to leave the $52 million estate in which she has lived for the past ten years. In Lisa’s statement, she also denied that she had met anyone, and said that she remained “faithful” to Lenny, “even though the husband filed for divorce without announcement and without the knowledge of his wife.” Lisa wants the courts to develop a temporary parenting plan that will provide her with “guarantees and parameters” in the form of exclusive ownership of the family home, and Lenny will pay her lawyer’s fees.

As Lisa’s messy divorce continues, she’s also starring in season 5 of The Real Housewives of Miami. Viewers will see from the inside how Lisa is coping with the divorce when the new season airs later this year. Lisa is not the first housewife to survive a divorce, and she will probably get a lot of support from her film colleagues who were in her place. Fans saw how hard Lisa worked to make Lenny happy, but to no avail. She will have to talk about her grief after the end of season 4 revealed Lenny’s past “emotional connection”. Now a new woman has appeared in Lenny’s life, and he wants to break up with Lisa.

Crash Bandicoot And Spyro, What Can Be Your Future After The...

Cyberpunk 2077 And The Witcher Will Add Multiplayer Options “Little By...