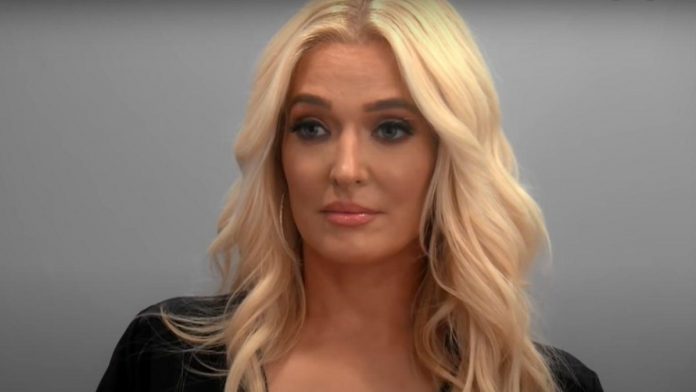 It’s been problem after problem, lawsuit after lawsuit for Erika Jayne for almost two years now. While her husband, Tom Girardi, and his former law firm have been accused of embezzling nearly $500 million from clients and partners in the past, she in turn has been labelled the frontwoman in the supposedly “largest racketeering enterprise” ever in plaintiff’s law. Namely, prosecutors say that the RHOBH star knew about the purported schemes the whole time and even funneled the questionable funds through her entertainment company, EJ Global LLC, and through her personal effects. And apparently, there’s even more legal trouble on the horizon for her after refusing to hand over one expensive gift in particular given to her by Girardi.

Due to the various claims leveled against them, both Tom Girardi and the Girardi Keese law firm had to file for Chapter 7 bankruptcy back in 2020. A trustee was later appointed to deal with the complicated financial situation, to include auctioning Girardi’s house and countless priceless items to pay off creditors. The next item up for grabs was supposed to be a pair of $750k diamond earrings, allegedly now worth $1.4 million but, per Radar Online, the 50-year-old soon-to-be ex-wife refused to give them up entirely. The outlet obtained new court documents consequently filed by the trustee, and it looks like they’re throwing law precedent at Erika Jayne, stating:

Her conduct appears to be a new crime. Her refusal to now turn over the Diamond Earrings is conversion, for which she can be held accountable in damages. She can also be civilly liable for the value of the Diamond Earrings, plus statutory interest and punitive damages, which with prejudgment interest could easily be $5.4 million.

The trustee also stated that the Bravo alum could also face “imprisonment in a county jail for not more than one year” for withholding seemingly known stolen property, per Penal Code §496(a). (Tom Girardi allegedly took the money for the earrings from a settlement meant for victims of the drug Rezulin.) The reality TV star and her legal team are fighting the accusations that she knew about the money trail in court, but the opposition isn’t letting her off the hook just yet. They stated in the filing:

[Jayne] makes much of the fifteen years that passed since Girardi helped himself to $750,000 from the Rezulin Client Trust Account so that she could have sparkling earlobes. But not once did she argue or present evidence that the beneficiaries of the Trust, the clients who were deprived of funds needed to pay for their special needs from the damages sustained from taking the drug, had any inkling of the embezzlement that took place.

In a statement to Radar Online, Erika Jayne’s lawyer painted an altogether different picture of the earrings debacle. He stipulates that the money taken out from the law firm for the earrings was done so by two Girardi Keese partners, not his client. Furthermore, since this was supposedly done in 2007, the “statues of limitations have expired.” He continued:

Once again, everyone piles on Erika, this time for actions of her ex-husband of 15 years ago about which she had no knowledge whatsoever. Why aren’t the trustees going after Tom Girardi or the estate of Mr. O’Callahan, the other GK partner who signed the check in 2007? Putting the blame on Erika, an entertainer without a law degree who never worked at the law firm, is a diversion tactic. Why not focus on all the attorneys, accountants, and funders who were closer to TG and GK’s inside operations?

The legal rep added that the trustee already took the Beverly Hills alum up on an offer to “put the earrings in an escrow pending a final judicial resolution.” As they tell it, the trustee actually has the key to the safe deposit box where the earrings are right now.

One might assume that Erika Jayne is fighting so hard for Tom Girardi’s controversial earrings because she herself might need the proceeds from it here soon. Amidst one of the many other ongoing legal battles she’s facing, a $5 million lawsuit, the plaintiffs involved allege that she is seeking an “unfair advantage” by holding up the discovery process before the next hearing. They requested that EJ Global’s taxes be filed so they could proceed on that front, which a judge tentatively agreed to. As a result, though, the entertainer later filed in court that she was unable to pay the huge amount of unpaid taxes for the company that was holding things up.

She maintains that she had nothing whatsoever to do with the financial side of her personal or professional life while married because Tom Girardi managed it all. Additionally, she believes she’s being extorted by the various interested parties.

We await further developments in this situation Yet, in the meantime, fans can still check out what Erika Jayne continues to say about her legal woes in the currently airing twelfth season of The Real Housewives of Beverly Hills. New episodes premiere on Wednesdays and next day for Peacock Premium subscribers.

Named athletes from the cover of NBA 2K 23