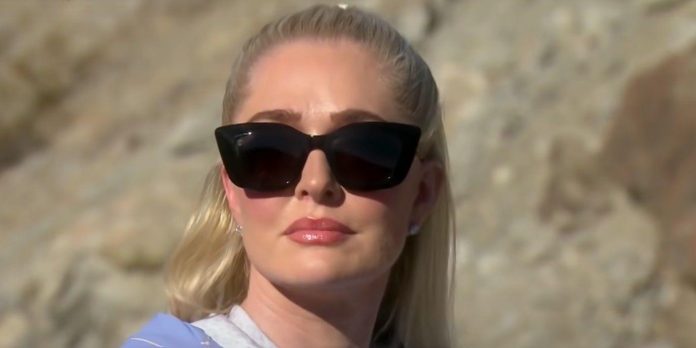 After a relaxing trip to Hawaii with her best friend Lisa Rinna, the “Real Housewives of Beverly Hills” star Erica Jane returned to the mainland after receiving a $50 million lawsuit. The “Pretty Mess” singer has been through numerous lawsuits over the past year, and fans finally thought she was keeping her head above water. Now, with a whole new set of legal issues, fans are wondering what the outcome will be.

Erica’s fall from grace was less than graceful, as Bravo viewers constantly watched her trying to defend herself from numerous attacks. Viewers learned that Erica was accused of knowing about Tom Girardi’s dubious business dealings after he was charged with embezzling money from his victims in the hope of continuing to lead his ostentatious lifestyle. Since then, Tom has been stripped of his lawyer status and forced to declare bankruptcy. The once famous lawyer now lives in a nursing home, and Erica is trying to think over her next step.

So much for a relaxing holiday. According to Page Six, on Friday, Erica Jane was handed court documents at the Los Angeles International Airport center. It is reported that Erica had just returned from a luxury trip to the island when a woman approached her at the airport with two large stacks of papers. Erica was handed documents on a $50 million racketeering lawsuit. The reality TV star has not yet commented on the incident and continued on her way. It was noted that Erica was first approached when she was waiting for bags in the baggage claim area, and she was wearing a cream tracksuit.

Along with the news via @queensofbravo, a video was also posted showing how the whole incident is happening. Tiffany Moon from The Real Housewives of Dallas even left a comment, noting: “Racketeering was one of the words in my SAT vocabulary card!” For Bravo fans who don’t know, racketeering is a form of criminal activity in which money is extorted from the victim by threats or force. The lawsuit was filed by Edelson PC, and in it Erica was charged with nine charges, including conspiracy to commit racketeering and illegal business practices.

And again, the lawsuit alleges that Erica’s EJ Global was allegedly created only to help channel money from Tom’s office, Girardi Keys. Followers of the “Real Housewives of Beverly Hills” have always paid attention to Erica’s bizarre life, but now the documents claim that she flaunted money and was a “frontwoman.” In April, Erica was involved in another racketeering case, but was fired.