Home News Review of When We Were Young 2022: Nostalgic emo Festival Reigns in... 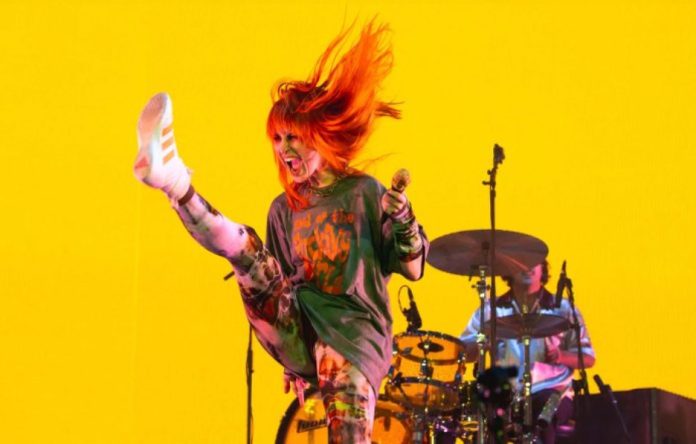 As soon as it was announced in January, when we were young, visitors on social networks dubbed it the “emo fire festival”. To be fair, skeptics had plenty of reasons to doubt: the festival would take place in the middle of the desert near the Las Vegas Strip, and a jam-packed post-punk line-up of more than 60 bands seemed impossible, considering all this was supposed to happen in just 12 hours.

Nevertheless, last weekend on Saturday, October 22, it seemed that the impossible was finally going to happen. But, unfortunately, the first day of the festival was canceled due to a strong wind warning in Nevada, which caused potential participants to be concerned about whether “When We Were Young” would ever be able to justify its hype.

Fortunately, on Sunday, October 23, when the gates finally opened, it became clear that the new emo music festival would defy the worst expectations, proving the impossible possible and making many skeptics regret that they did not buy tickets.

From the very beginning, the festival remains true to its marketing: emo favorites of the early noughties, such as Mayday Parade and Boys Like Girls, give fans the first dose of nostalgia for the day. Mayday Parade vocalist Derek Sanders makes sure to emphasize the words “I had a dream last night / We went to see Las Vegas” from their 2007 hit “Jamie All Over” to the jubilation of the audience.

Later, at the Pink Stage festival, Boys Like Girls lead singer Martin Johnson wants fans to experience the real experience of 2006, when he awkwardly stops playing “The Great Escape” halfway through, asking the audience to stop recording the performance and put their phones away.

Some of the best moments of the genre-oriented music festival are associated with the inevitable live collaboration, and Sunday performances are a pleasure. Kellyn Quinn from Sleeping with Sirens joins Pierce The Veil to rock to “King For The Day”. As the sun sets, Take Back Sunday invites surprise guest DJ Steve Aoki to perform their new single “Just Us Two” – a confusing choice by many viewers who are unaware of the collaboration. However, the most unexpected moment was that All Time Low lead singer Alex Gaskart and lead guitarist Jack Barakat joined Avril Lavigne to perform a cover of the Blink-182 pop-punk classic “All The Small Things” as “senior emo” with their younger colleagues. the crowd collectively lose their minds.

Lavigne performs the fan-favorite songs “Girlfriend” and “My Happy Ending” with a wild burst of energy, but it’s clear that she’s struggling with the sound that most artists suffer from during the day. But sound problems can’t resist the pop-punk princess performing the ballad “Bite Me” — a moment when she also brings her fiancee and fellow musician Mod Sun – before taking the audience back to 2002 with an acoustic track. from her first record “I’m with You”.

As the night thickens and the desert chill creeps up on the fans, it becomes clear that festival-goers in the pit are beginning to feel the effects of a long day. But everything changes when Bring Me The Horizon enter the Black Stage, electrifying the tiresome crowd.

Opening the song “Can You Feel My Heart”, vocalist Oli Sykes screams from the bottom of his heart and makes thousands of people jump, shake, beat and scream with them. Sykes even taunts the crowd, shouting, “Now if you don’t jump, you’re a fucking asshole!” By the middle of their set, the entire crowd is roaring the lyrics of “Shadow Moses” in Bring Me The Horizon, while stage flames frame the giddy band, just before the intense yearning of “Drown” raises the bar. energy levels at Las Vegas Festival Grounds.

Unsurprisingly, the most exciting performances of the evening were the most anticipated headliners: Paramore and My Chemical Romance, two bands that paved the way and inspired most of the bands in the lineup.

Paramore shocks the packed crowd, starting with the live debut of the deep song “All I Wanted” — a song they usually don’t play live due to the fact that it loads vocalist Hayley Williams. Of course, Williams copes with this task perfectly and takes every high note with masterful precision. Another notable addition to Paramore’s setlist is perhaps one of the best in their discography: “Last Hope”, a track that seems cinematic against the lights of Las Vegas.

True to form, Williams spends her precious time on stage reflecting on what everyone celebrates in “When We Were Young.” “Today we celebrate emo,” Williams begins, before delving into the history of this scene. “… But along the way we got lost, and in the early 2000s, when Paramore came on stage… the stage wasn’t always a safe place if you were different from others.” The formidable frontwoman goes on to explain how emo music was often a space for white cis men. As Paramore builds into its breakthrough hit “Misery Business,” Williams promises to always provide a safe space for “young women, people of color, and the queer community.”

My Chemical Novel
My Chemical Romance PROVISION: Jenn Five
Finally, the founding fathers of the emo scene My Chemical Romance come on stage. In a hilarious subversion and a hint of the festival’s name, lead singer Gerard Way not only wears his classic early 2000s black suit and red tie, but also wears aging makeup and prosthetics. The band brings a whole new meaning to the expression “senior emo”, as if reminding fans: “we are no longer young, like you.”

In addition to the status of elderly emo, MCR still shows the crowd of 60,000 fans that they can breathe new life into old favorites. “I’m Not Okay (I Promise)” and “Helena” appear in a new light, and the band still leans towards the theatrical lifestyle for which they are known. The band performs a setlist that covers most of their diverse discography, but, remarkably (and fortunately), they don’t play new songs. This calculated feat continues until the band ends the evening with the song “Vampire Money”, leaving the revelers in a hazy glow of nostalgia, joy and fireworks that fill the Vegas sky on the last note.

It takes a lot to justify the excitement and attraction of what many thought was impossible, but when fans head into the desert in checkered vans with wide smiles on their faces, it’s safe to say that the emo festival has not only caused nostalgia, but also indicates a more inclusive post-punk future.