Home Entertainment Review of the 1st episode of the 4th season of “Wild West... 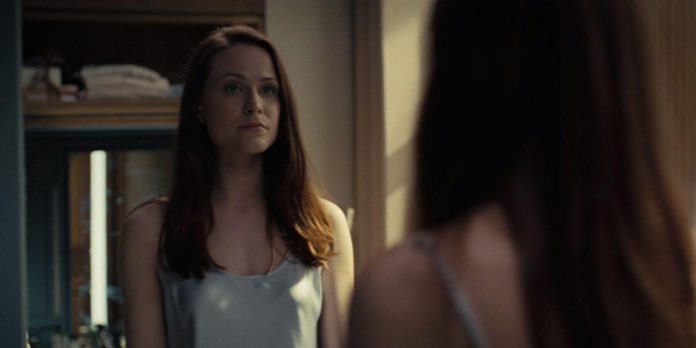 It’s been a long time since fans have been treated to a new Westworld episode and it appears that part of the beginning of this fourth season takes advantage of that. To some degree, the writers of the show realize that most of the audience might have a hard time remembering just where Season 3 ended off. Considering that Westworld Season 4 has been two years in the making, the characters in the show get a sort of clean slate.

The fact that the season premiere of the new episode, titled “Auguries” also has a bit of a time jump, it almost feels like the writers made sure that people didn’t need to watch, or remember what happened at the end of Season 3. So far it feels like all the gaps that might be left behind will eventually get filled in. At least to some degree. At the same time, all the characters that were big factors in the last season of Westworld are present and accounted for, just in new settings.

One of the things the show does well right off the bat is that it informs the viewers of when exactly “Auguries” takes place, though only if people are really paying attention. Caleb returns from his adventures in Season 3 of Westworld and he’s no longer living a life of crime. This time around he’s working on a construction crew and during one particular conversation with a coworker, the audience learns that the show is set sometime after the riots in the real world that were seen as a machine uprising.

The viewers also learn that the Westworld style uprising in the real world has led that world to be far less trusting and dependent on robots. Later in the episode, it’s laid out very clearly that the show does indeed take place after quite the time jump, and it turns out it’s been seven years since the end of Season 3.

That massive time jump is likely at least part of why Delores has taken on the persona of someone named Christina, who is a writer for a game company. However, she’s one of those lonely heart writers that wants to put romance and comedy into the stories while her bosses are really only interested in sex and death. Because this is Westworld there’s obviously quite a bit more to her story than what the viewers are season in this premiere episode.

At least part of that story has to do with the return of one Westworld personality that audiences have been excited to see again. Just how those puzzle pieces all come together is something that should be an interesting avenue to go down. Of course, it also feels like “Christina’s” story could be the one that takes the longest to unravel. This week, that’s not an especially bad thing, but it certainly feels like that particular mystery could get beat into the ground before the season is over.

One part of the show that never really seems to get beat into the ground and is always a fun aspect is when William, or The Man in Black shows up. While he’s not on the screen all that long, he certainly makes his mark and continues what is the real question of the show since Season 1. The question as to whether or not people have free will is always right at the front of everyone’s mind.

When Westworld tries to answer this particular question, that answer is usually “not really” and the biggest mysteries of the show is just how people who don’t really have free will interact with those who might. At the same time, the explanation that people don’t have the free will they think they do is another plot point that can start to get very old. This show tends to once again benefit from the long hiatus from dealing with that. There are also little hat tips here and there that make it a bit more exciting.

One of the things that makes Westworld one of the most entertaining shows to watch on television these days is the look and sound of the show. The show is now very far in the future and because of that, different places that might look somewhat similar to settings the audience knows, but with a very interesting new appearance. Most of the scenes and most of the scenery is absolutely breathtaking, even when the actual settings are supposed to be in the lower-rent areas of town.

There is also the musical score, which hasn’t changed much from the very first season of Westworld. That’s likely because there doesn’t need to be much of a change from when the series first appeared on HBO. The music does a very good job of setting the scene. When some of the more familiar pieces of music start to play, it immediately clues the audience into what they are either about to see, or what they are seeing. It’s done with mastery in this first episode and certainly adds some heft to some of the scenes that might otherwise be too short to really be taken in by the audience.

As has been the case with quite a few episodes of Westworld, there is an awful lot going on and being squeezed into one hour. At times, the pacing of these shows can be a bit frustrating because there are times when it seems as if the exact wrong thing is being focused on. For the most part, this episode does not have that particular problem. There is an argument to be made that the episode does hang a bit long when it is focusing on Caleb and his new family.

Caleb’s story is indeed the least interesting so far, especially with a woman who seems like a bit of a nag constantly telling him to move on from the war. Her acceptance of the situation later in the show is likewise a bit hard to swallow. However, the good news is that there isn’t a ton of time spent on him compared to the other stories that are quite a bit more intriguing and compelling. Hopefully, the showrunners can continue to keep the relatively fast pace of Westworld rolling right along.

Vikings Valhalla: The true story that inspired the plot of the...