Home Entertainment Review of the 12 series A pair of Cuckoos – Who do... 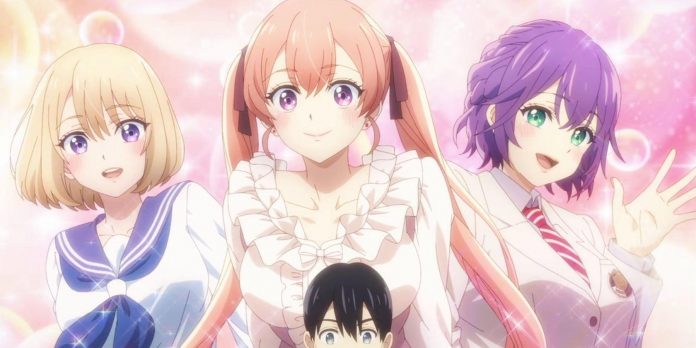 Below are spoilers for the 12th episode of the series “A Pair of Cuckoos” “It’s not that I like you, but”, which is currently being broadcast on Crunchyroll.

Until now, the main criticism of the “Cuckoo Couple” has been the lack of balance in the anime between dramatic romance and various comedic moments. Most episodes are either overly dramatic or overly comedic. Not only that, showrunners also regularly switch between drama and comedy episodes every two episodes or so. And although romance is getting more dramatic and comedy is getting funnier, the perfect balance remains unattainable.

However, in the last series, especially in the 11th, it is possible to achieve this balance to some extent. It may not be perfect, but it’s still better than its predecessor. At the same time, the 12th episode is quite special, because it marks the end of the first part of the series. In the end, after a week break, it is planned to release the 13th series. So will they be able to complete the first phase in a memorable way?

RELATED: A Pair of Cuckoos Episode 11 Review – She’s Not Your Little Sister Anymore

Episode 11 focuses on Nagi’s relationship with his adopted sister Sachi. It all started with the fact that they accidentally kissed each other due to a sudden power outage. Nagi just shrugs it off because she still considers Sachi her younger sister. This is incredibly frustrating for Sachi. She refuses to talk to Nagi and locks herself in her room.

After talking with Erica and Hiro, Nagi finally realizes that a kiss on the lips is not an easy thing for a girl. Erica even gets mad at Nagi and tells him to admit the fact that Sachi is no longer a little girl. She’s a grown woman now. Nagi finally realizes his mistake and apologizes to Sachi. This is the first time Nagi finally considers Sachi a real woman, thereby confirming her position as one of the candidates for the harem.

For drama-themed episodes, we usually had one continuous story from start to finish. While for comedy episodes, each episode is usually divided into several parts, each of which tells its own story, which may or may not be related to each other.

The story of episode 12 is told using a combination of both methods. This is one continuous story about Nagi dating and how he is not sure of his feelings, told in three different parts. In the first part, he goes on an informal date after school with Hiro to the kickboxing hall. In the second part, he goes on a court date with Erica. And in the last part, he talks to her father about how he no longer knows who he really loves.

After numerous attempts, the “Cuckoo Couple” has finally achieved this elusive perfect balance. Episode 12 tells a dramatic romantic story in which Hiro hinted to Nagi about his feelings, Erica finally admits that she is jealous that Nagi and Hiro are having a good time together, and Nagi finally realizes his position as a potential harem master. This episode takes their relationship, or at least what they think about their relationship, to a new level. It also offers character development for the three main characters.

At the same time, there are lots of fun moments that will make you smile from ear to ear. Nagi’s surprised and haggard look as he helps Hiro with her kickboxing training. Erica’s confused and disappointed look when he thinks about his feelings for Nagi. And Nagi cringed when he read his father’s love letters to his mother. All this miraculously happened in one episode. A balance has finally been reached.

The perfect end to the first chapter

Episode 12 is the culmination of everything that happened in this series. The drama is on top, the romance is touching, the comedy is funny, and the characters get their share of development. While the series as a whole was quite a fun roller coaster ride with some weak spots here and there, the showrunners managed to end it on a high note.

The first part of “A Pair of Cuckoos” may not be the highlight of the spring anime of 2022 for most. But for those who follow this series from start to finish, it was a pleasant journey. And episode 12 makes all these mediocre episodes worth living through. This series has finally caught that elusive perfect balance. I hope he can keep the same winning formula in the second half of the series.