Home Entertainment Review of “Revenge of Others”: An Intriguing Teen Thriller Threatens to Overwhelm 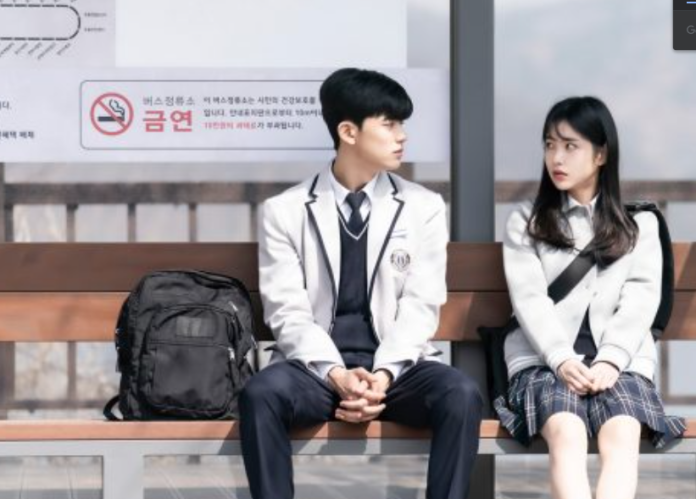 Revenge is a dish that is served cold. Take, for example, 19-year-old high school student Ok Chan-mi, the star of the new Korean Disney + series “Revenge of Others”.

The show, which promises to be an action-packed revenge thriller, begins with Changmi (Shin Ye Eun, He’s psychometric, More than friends) learning that her twin brother Park Wonseok (Kang Yeol) died under circumstances she refuses to believe. or accept. She is the star of her school shooting team, but Chan-mi changes her life and goes in pursuit of her potential killer. It is at her new school Yongtan High that she meets the righteous Ji Soo Heon (the star of “All of Us Are Dead”, Lomon), a self-aware student who seems optimistic and balanced despite his dysfunctional family life.

Soo Heon’s character shines. Popular at school and instantly endearing, he appears in the first two episodes as a mature and principled (albeit problematic) student. He fights for his classmates who are bullied, which makes him an ideal assistant to Chan-mi. The more stubborn of the pair, she is new to Seoul and is looking for retribution. However, serious unfortunate circumstances put Soo Heon’s future in doubt already in the first episode. Despite this, a sweet bond develops between them, which you immediately hope will somehow change Soo Heon’s situation, so that their potential as some kind of flawless force for good can be realized.

One thing is for sure by the end of the second episode, namely that everyone is a suspect in the case of Wonsok’s death. Despite Soo Heon’s sympathy, there are some things that haven’t been explained yet, which means we can’t rule him out. There are chilling school bullies who seem to be the perfect culprits, and Seok Jae-beom (star of “Signal” and “My First Love” Seo Ji-hoon), a revered first grader and son of elite parents, turns out to be sitting his senior year again due to mysterious medical problems, which raises even more questions.

At first glance, “Revenge of Others” really has all the makings of a fantastic teen thriller about revenge. It’s stylish and has that teenage horror charm of the early 00s – the action takes place in a creepy Gothic school, with bullies who cause unimaginable fear among their peers, two (so far) platonic, heroic protagonists who can just save the day if they put their own questions aside.

The script written by Lee Hee-myung (the screenwriter of the films “Into the World Again”, “Beautiful Gong Shim”) is stunning at times. The main bombs are dropped, and new characters and potential arcs are introduced so quickly that it seems as if one is barely explored before the other appears — and these are only the first two episodes. Nevertheless, the aesthetic charm of “Revenge of Others” and the excellent performance of Lomon and Shin as Soo Heon and Chan Mi are reason enough to give three or more episodes a chance.

“Revenge of Others” is already available for streaming on Disney+.