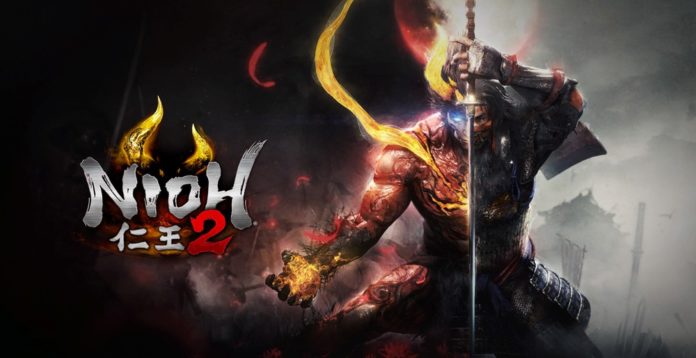 Nioh 2 is the sequel to the popular action franchise signed by Japanese studio Team Ninja. Available for download only on PlayStation 4 (PS4), with a PC version coming out soon, the second game inherits the refined combat from the first. Inspired by Dark Souls and Bloodborne, the gameplay does not hesitate to take a leap in difficulty, becoming one of the most challenging games of the current generation.

Their struggles are surprising due to the level of violence and aggression, with visceral fighting. Want to know the pros and cons of the release? Check out the full review of Nioh 2 in the following review.

Nioh 2 is the sequel to the popular action franchise signed by Japanese studio Team Ninja. Available for download only on PlayStation 4 (PS4), with a PC version coming out soon, the second game inherits the refined combat from the first. Inspired by Dark Souls and Bloodborne, the gameplay does not hesitate to take a leap in difficulty, becoming one of the most challenging games of the current generation.

Their struggles are surprising due to the level of violence and aggression, with visceral fighting. Want to know the pros and cons of the release? Check out the full review of Nioh 2 in the following review.

There is no denying that the quality of the story has dropped, since it is treated as a mere complement to the gameplay, that is, something secondary, without the due depth that the genre requires. In Nioh 2, developer Team Ninja set aside his storytelling ability to focus on what really matters to souls-like fans: combat.

Difficult and brutal squared
Fast, demanding and with precise controls, visceral combat with touches of hack and slash remains the great attraction. Measured fights demand an offensive stance (which still requires strategy), since opponents are aggressive, act with speed and are always accompanied by other creatures.

Get ready to die a lot and repeat the same stretches to exhaustion until you have full control over enemy movements and the paths to be taken on the map. The masochism inherited from Dark Souls has been squared: enemies have become more powerful and you, of course, more vulnerable.

If a phase calls for level 35, for example, know that you will have difficulty advancing even if you are 10 or 15 levels above. Evolving the character and distributing the points among its attributes will certainly help, but Nioh 2 will insist that you become more skilled. With a touch of Sekiro: Shadows Die Twice, the learning curve is punitive, time-consuming and not so dependent on a progression system.

As if the extreme difficulty were not enough, the game spares no effort to spice up the journey with the Yokai kingdom. It is an area cursed by demons that, when purified, grants experience points and rare rewards to the player. The problem is that the ki bar inside the portal is slowly replaced, while the creatures are resistant and do more damage. Staying inside is a real nightmare (in a good way).

You can also change the fighting stance during battles to low, medium or high, which guarantees greater flexibility when defining the ideal approach. The good news is that new weapons are available, such as the hatchet, a butterfly scythe, the tonfa and the traditional odachi blade, a long sword used by samurai in the time of feudal Japan.

The main change, however, is the possibility of transforming for a limited time into a Yokai (a demon of Japanese folklore) to gain more strength, endurance and speed. The three Yokai forms enhance the experience and are great resources for critical moments in combat – which, between us, are not few.

You can also absorb the souls of stronger creatures to bind them to the guardian spirit and thus take over your special attacks. It is possible to perform unusual techniques when combining buttons in sequences, as long as the skill bar is full. The inclusion of a power meter is welcome, but it is yet another aspect to be managed in the heat of the confrontations.

Somewhat familiar
For the rest, nothing has really changed. The weapons have levels of rarity and are generated randomly in a system of equipment a la Diablo, and there is an online system of cooperation in which it is possible to request help from other players as long as you have “Ochoko Cups” in your inventory. The skill trees are present, the menus are there and the Dojo, the training site, remains unchanged.

Level design, on the other hand, no longer delivers the same variety as the first game and shows that everything was kind of recycled by the developer Team Ninja. The discovery of a new shortcut or secret area no longer has the same impact as before. Some maps even appear to be smaller, more linear and without so many secrets to be explored.

Regarding the look, Nioh 2 presents the same graphic quality as the original game. Even with the game running on a PlayStation 4 Pro, we risk saying that there was no relevant change in this regard. In fact, the feeling of having already seen the same environments and models back in early 2017 (the period when the first game was released) is undeniable.

Fortunately, this does not mean that the game has a graphics quality below expectations. It remains beautiful and fulfills the role of contextualizing the player to one of the most troubled episodes in ancient Japan, in addition to faithfully reproducing some of the traditions and mythologies characteristic of the time. It is very cool to venture into scenarios full of careful details and references to the feudal atmosphere.

Conclusion
Nioh 2 squares its difficulty and complicates the player’s life in a sadistic and slightly free way, so it’s not exactly the best entry point for newbies. Far from reinventing the wheel, the game preserves the base of its predecessor with plenty of content and brings welcome additions to the combat that, whether you like it or not, remains one of the supreme sums of the souls-like genre.