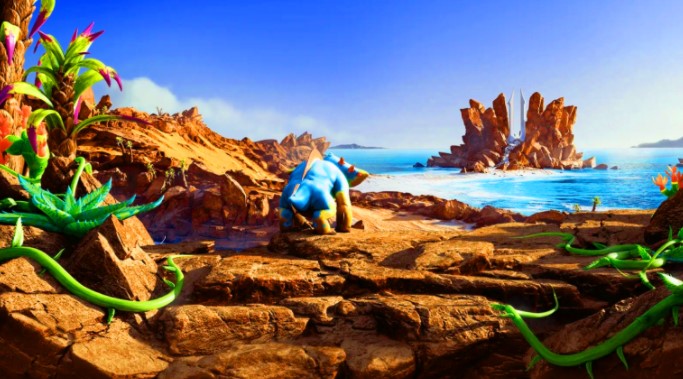 As Somagnews, we will focus on the 5 most traded metaverse coin projects with a market value of less than $ 500 million to be watched in 2022. Here are the top five for these metaverse cryptocurrencies, ranked by 24-hour trading volume from lowest to highest.

5. Starlink (STARL). Value: $251 million. Launched in June 2021, Starlink builds its 3D social metaverse to enable players to trade and collect NFTs and various digital assets within their ecosystem. Initially, STARL built Metaverse with Unity’s game engine. Also, along with the upcoming Unreal Engine 5, it will use only the latest technology.

4. Chromia (CHR). Value: $285 million. Released in May 2019, Chromia (CHR) is a blockchain platform that enables developers to build dApps in the real world. Chromia has a unique architecture that plays extremely well with the Ethereum Virtual Machine and allows cross-chain applications to be built with ease.

3. Alien Worlds (TLM). Value: $94 million. Launched in April 2021, the most popular Metaverse cryptocurrency on the market with over 1 million monthly users is Alien Worlds. The game features a 2D dashboard that allows players to mine Trillium (TLM) on various planets and earn rewards.

2. MOBOX (MBOX) Value: $203 million. Launched in April 2021, MOBOX is a Binance Smart Chain GameFi project that includes a Metaverse called “MOMOverse”. Metaverses will include various events and blockchain-based win-win games that encourage users to participate in the MOBOX economy.

1. MyNeighborAlice (ALICE). Value: $199 million. Released in Spring 2022, MyNeighborAlice is one of the most anticipated blockchain-based games built on the Chromia blockchain. ALICE allows users to purchase virtual islands and customize them with various NFTs. Users can also monetize their virtual island in My Neighbor Alice Metaverse and generate a passive income.

Whales Diversify Their Portfolio With These Altcoins!

It’s down 70 percent! This altcoin can now grow!