Home Entertainment Review Matrix Resurrections. Back To The Origins 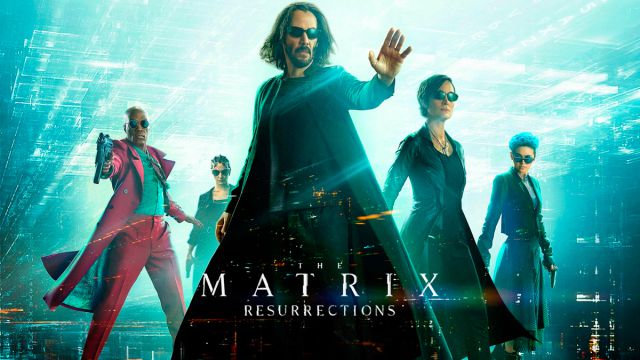 Matrix Resurrections: Lana Wachowski’s film recovers Neo and Trinity as icons of cyberpunk culture and shows that they have not lost their chemistry. Matrix Resurrections is a return to the origins of a saga that turned its original film into a cultural phenomenon that transcended the barriers of cinema and that in its sequels resulted in mediocre consumer products. Lana Wachowski recovers manners and philosophy for a film that could well function as a direct sequel to the first and in which the millions of Matrix fans are going to feel on familiar ground.

Resurrections starts in the same way as the Matrix did with the sequence of Trinity in the hotel waiting for a call and in which situations and dialogues are replicated. But now the viewer perspective is adopted through a new character, Bugs (Jessica Henwick) who provides additional information to the story. It is the first warning that this is another way of seeing the Matrix, a journey that connects the old codes with the new. And while everything feels familiar: the street, the police, the officers in their dark glasses and Carrie-Anne Moss leather suit, the rest that surrounds the painting has been done with different kinds of brushstrokes. We are in a new version of the Matrix.

Ties with the first

The way it connects with the trilogy is quite intelligent, we will avoid going into details so as not to spoil the argument, but on the one hand it laughs at the importance that many gave to the saga at that time and on the other it anticipates the viewer who is again inside a virtual reality inhabited by two domesticated versions of Neo and Trinity. A solid and well-built first third of a film that raises universal problems such as free will, the freedom-security equation, the illusion of living in an unreal world where personal relationships are built on conventions and the abuse of medication as an escape from reality.

In this part there are two old acquaintances, Morpheus and Agent Smith, but both with new faces. Yahya Abdul-Mateen II and Jonathan Groff are right up there with their predecessors, Laurence Fishburne and Hugo Weaving. The first is not there because it was eliminated in a video game that is part of the official canon of the Matrix universe and the second, after saying yes to Lana, could not square his agenda. But the truth is that their substitutes achieve a remarkable job and also the paradigm shift well camouflages their absences. As a curiosity, both substitutions are explained in an organic way in the film, in the case of Morpheus it also serves to tell the origin of the character, a gap that was left unfilled in the first installment.

One of the Splash Mountain boats is apparently ready for a...