Doom Eternal is the latest and most violent game in the Doom series, which practically popularized first-person shooter games in the world. Available on PlayStation 4 (PS4), Xbox One and PC (Bethesda.net and Steam), the launch is not exactly innovative, but it has everything you need to be a legitimate representative of the genre and also one of the best examples of how to create one. narrative linked to gameplay. Did not understand? Okay, TechTudo explains in the full review of the new title published by Bethesda and produced by the already traditional, but modernized, ID Software. Check out all the details about Doom Eternal in the following review.

Action above all
Doom Eternal is a natural continuation of Doom 2016, following its history of demonic invasion on Earth, with alien airs. You command the Doom Slayer, a mysterious and silent character who must deal with a threat, killing everything that moves ahead and containing the destruction that is done on the planet.

As we mentioned at the beginning of the text, the story and narrative of Doom Eternal are inextricably linked with its gameplay. The game doesn’t spend a lot of time explaining things to the player, assuming he played the previous one, and also puts the player straight into the action. In the first few seconds, when you least expect it, you are already holding a shotgun while dealing with the first enemies, right away.

This type of approach has two sides, one good and one bad – one with greater weight. The downside is that it requires a little bit of playing the previous one to fully understand everything. On the other hand, the good thing is that the game is not so much tied to the plot in such a chaotic scenario where the story really doesn’t matter. The latter reason weighs much more in favor of Doom Eternal, and that is where the game shines.

Doom Eternal chooses to tell his narrative in small scenes mixed with the action. There’s a twist here or there, but don’t rest. When you least expect it, there is a Cacodemonio flying over your head. The game surprises when you least expect it and uses its narrative for that. It is a “mechanic” made almost unintentionally, but it works very well.

Now, let’s go to the shots
There is no doubt: in terms of FPS, Doom Eternal is one of the best ever released in recent years – perhaps of all time. The game doesn’t give a lot of leash to conventions created in Call of Duty or Battlefields, but it turns to what he created himself, back there. The gameplay mixes simplicity with modernity, but it is extremely familiar to those who are already used to the Doom series.

There is no race button, for example. You can carry multiple weapons, and they are obtained throughout the storyline. Most of the time, you will find yourself eliminating demons with gunshots, as the punch is not always effective – save for exceptions, after improvements. There is also the more “stylish” elimination, which is enabled when the enemy is badly injured and starts to blink. This is all the basics and allows you to handle most situations in the game well, but Doom Eternal goes further.

Merging elements of RPGs, Doom Eternal allows you to evolve weapons, armor and skills. Not being a simple shooting game, the title puts the user in the role of managing well what will improve first in his Doom Slayer. The modifications can even be visual, with skins that are obtained as you play the games.

Make no mistake: Doom Eternal’s overall gameplay is frantic as well. The whole game does not let the player breathe and the rare moments of pause are always punctuated by a lot of purposeful noise, so as not to let the user let go of control. If there is a criticism to be made, however, it is in its platform system.

Yes, Doom Eternal has a gameplay mixed with platform elements. Slayer achieves a double jump at a certain point in the adventure and also a “run in the air”, or dash, which allows him to reach more distant locations.

This system works well in most parts and offers an extra challenge within the gameplay itself, but the impression is that it has been out of place. Doom Eternal could have moments of challenge and elaborate puzzles, but, placed alongside the frantic pace of the game, a platform challenge just seems “silly”.

Creative multiplayer
The story of Doom Eternal is already big enough and with enough content to occupy the person for days, but the game also has a creative multiplayer mode that deserves mention. That’s because, instead of just throwing multiple players into an arena to kill each other, he puts three players: a Doom Slayer and two demons, each being a player.

The Doom Slayer comes with full power and all weapons unlocked, while the two demons, previously selected, have the powers seen in the campaign, in addition to the possibility of summoning less powerful demons in the environment. The victory of the Doom Slayer is to endure all this, while the demons must work together to eliminate the common enemy.

The game did not need a new mode, and the player did not even know he wanted the novelty, but the online mode works incredibly well and gives extra fun to the already-packed package of Doom Eternal. In the end, you don’t even need to play multiplayer, but it’s there for whoever you want.

Remember that multiplayer can release more decorative elements for your game and other elements. Doom Eternal tries to reward everything that is done within matches and this is a great way to encourage your players.

Hellish graphics
What about the visual? Doom Eternal is extremely beautiful. It is a game with gigantic environments, well designed and graphic violence in the smallest details. The game may even scare some people who do not enjoy much violence in games, but it will find its target audience unparalleled satisfaction.

All this combined with a great sound system, with a soundtrack inspired by heavy metal and, of course, grunts of demons and monsters that come up ahead. The visual and sound combo give Doom Eternal a prominent place among the great games of the year.

Conclusion
Eternal Doom is satisfactory. The game does the basics very well and invites the player to explore the possibilities of spending hours killing demons in the most violent way possible. The game is beautiful, complete and so focused on the action that it will leave the user with an eye on the TV, without letting go of the control. Of course, there is room for small problems, such as the displaced platform system, but nothing that gets in the way of the overall experience. It puts aside the conventions of modern FPS to go back to simpler times and, at the same time, modernizes itself with good elements of RPG and other genres. Doom Eternal is simply a must. 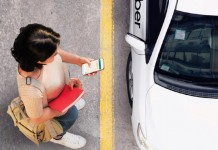 Call An Uber Through WhatsApp? This Is Possible In A New App Test. 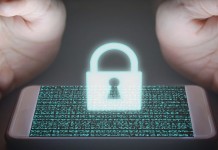 The Release Date Of The Xiaomi 12 Series Has Been Rescheduled!