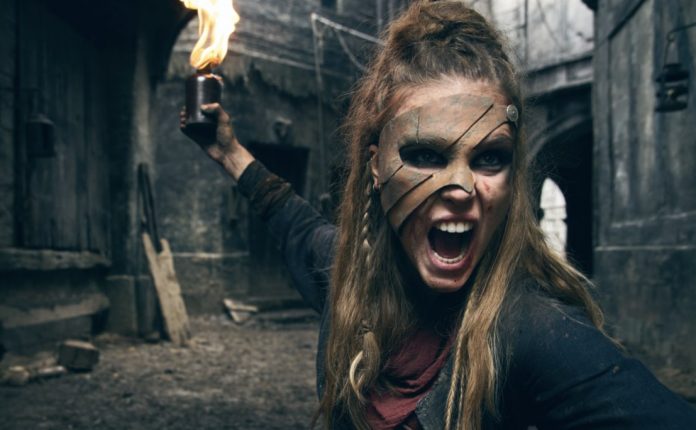 The streaming platform Netflix launched in mid-October 2020 the French horror series that managed to capture the attention of a considerable fan base worldwide, La Révolution.

Let us remember that La Révolution, tells the story of terror focused on a strange virus that attacks the nobility of the time, turning them into violent beings that begin to attack the people.

After the virus called “Blue Blood” attacked the noble class, subsequent events marked the beginning of a revolt in France.

The fans of La Révolution, awaited the renewal of the historical horror drama for a second installment on Netflix. However, series director Damien Couvreur confirmed that it will not arrive with season 2.

When La Révolution came to Netflix, the producers spoke at that time about possible sequels to the series, because it was intended to tell part of the history of France in three stages, from the point of view of terror. This had been said by Aurélien Molas, the creator of the series:

“Season 1 is more romantic, the next seasons will connect our history with history”

However, the director of Thriller, Couvreur justified the decision not to renew the Netflix original series, explaining that despite the fact that there is a lot of story to tell, the decision has been made. This said:

“The Revolution has conquered many members beyond France. For us, this is proof that France, its history and its heritage, can interest an international audience. However, we are not going to renew the series for a second season. , because although it has aroused curiosity, the public has not found it ”.

It is unfortunate that a series like La Révolution, which captured the attention of viewers around the world and reached third place at the time of its premiere, is not renewed. In this regard, Aurélien Molas reacted by explaining the reason for the cancellation:

“It was a great experience, but although the series was ranked # 3 in the world when it was released, it failed to unite and consolidate a wider audience.”

“There was undoubtedly a difficulty in balancing the project in the hybridization of genres. By experimenting too much, we run the risk of losing a clear line. “

What are the diplomas of CEOs and founders of technology companies?