Home Entertainment Revealed the name of the NPC Starfield 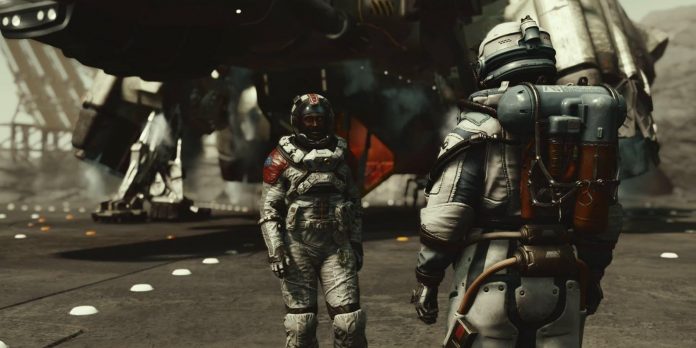 As expected, Starfield became a major component of Microsoft’s recent June demo, ending a show already filled with trailers, news and gameplay. While the delay with Starfield is no doubt still unpleasant, fans have at least received a ton of new details to hopefully get over them. In fact, Todd Howard has confirmed that the game is probably much bigger than most people assumed, with a longer main quest, the ability to create bases and spaceships, and the ability to fly to different galaxies and planets.

Fans also saw the real gameplay from the ambitious title, including battles with a faction of space pirates, walks through various settlements, as well as interaction with NPC characters. Fans immediately noticed a general improvement in the facial animation in Starfield compared to some old Bethesda role-playing games. This includes fine details such as animated skin folds, facial animations and skin wrinkles, which are now clearer and make the characters more believable. The gameplay trailers also showed a variety of characters, including one about which the community apparently discovered a new detail.

One aspect that was not disclosed was that players would encounter the names of many NPCs, some of which would probably be quite important to the overall plot of the game. As you can see from the most recent trailer, as well as from the screenshot showing that the Starfield player character will not have a voice, you can see a man in a spacesuit. Although the trailer does not confirm any details about this person, those who used the alternative text feature in the screenshot posted on Twitter discovered that this person’s name is actually Barrett.

In the trailer, Barrett apparently asks the player if they have dug up an item called a “Relic” and the visions that appear to be the result of this. The community tried to fill in the gaps, and many agreed that Barrett would probably be more of an introductory Starfield character, perhaps handing out loot quests or initial details of the main quest, with some joking that he would most likely be killed in the first 30 minutes of the game. With a name like Barrett, many also started jokingly asking if he had a hand with a gun, clearly referring to Barrett Wallace from Final Fantasy 7.

In addition to improved character animation, Bethesda has also taken care of expanding other areas of the game, such as the cities that players will encounter. The game’s capital, New Atlantis, is the largest city ever created by Bethesda, and is full of people, missions, events, and other things worth visiting.

MTGA: Innistrad Scarlet Engagement, A Vampire Wedding To Bring Them All...

DC Announces Its Next Live-Action Movie For HBO Max: The Wonder...