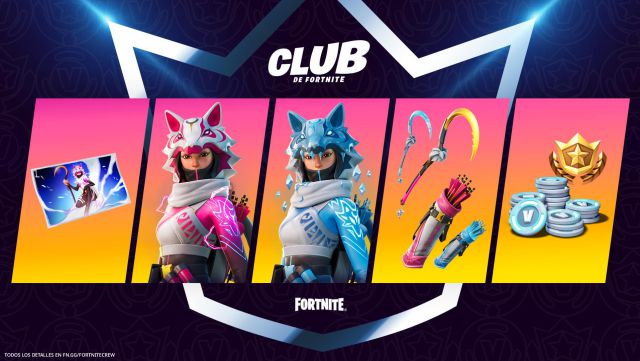 Epic Games reveals the Vi skin, which will be part of the Fortnite Club during the month of February 2021. We tell you everything we know about it.

On Monday, January 25, 2021, Epic Games revealed both on Fortnite social networks and in a post on its official blog Vi, the new skin that will be part of the Fortnite Club during the month of February 2021. The company does publishes this information a day after showing several mysterious teasers for this new character, which is part of Season 5 of the Battle Pass of Fortnite Chapter 2. We tell you everything we know about it just below:

This is Vi, the new skin of the Fortnite Club from February 2021

According to Epic Games, the Vi skin and its items will be available on February 1, 2021 at 01:00 CET. This is the list of objects that you will bring with you for the members of this Fortnite subscription system

We know little about the Vi skin, beyond the cryptic messages published last Sunday, January 24, by the Fortnite Twitter account in English (@FortniteGame), which he later deleted to continue with the mystery. In these messages, an unknown sender tried to communicate with Vi, warning her that “something old” is after her.

In addition to these rewards, Epic Games recalls that subscribers to the Fortnite Club will also receive 1,000 V-Bucks and access to the Battle Pass for the current season.