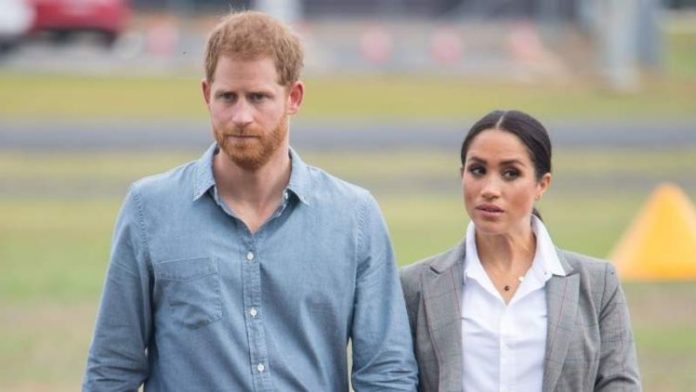 An expert brought to light the great mystery of the couple in their latest appearance.

There were no microphones nearby and the secret dialogue between Harry and Meghan Markle was the big mystery surrounding the couple’s last public performance during the Commonwealth Day Mass: the event occurred when Prince William and Kate Middleton went to occupy their positions and in the back row their brothers-in-law were already seated.

Every detail, every look, every word and every attitude has been the subject of analysis in recent days and an expert in lip reading has unraveled the great mystery: what was said? Whispering has been the order of the day during the awkward hours that Harry and Meghan Markle have had to share with Prince William and Kate Middleton,

The cameras, with no microphones in sight or ambient sound, caught Prince William and Kate Middleton on their backs as they greeted Harry and Meghan Markle , who gave them a friendly “Hey.” But the first lip reading done is what Harry whispers to Meghan after the long-distance salute with Prince William, his brother: “He just said, ‘Hello, Harry,’ that was it.”

Camera-conscious Meghan Markle nods with her smile, but Harry’s regret shows through the way he has been treated by his brother, publicly humiliating him from the location at Mass to William’s cold and distant greeting and the stone face of Kate who doesn’t even glance at them.

It has also been the subject of the analysis of an expert in lip reading what William said to Kate after the cold and distant greeting to those who are still supposed to be her brothers-in-law. Harry’s looks say it all.

While Harry’s sadness is already evident, William ends the scene and worries about the case that has the world in suspense. He had already made an unfortunate comment about the coronavirus in Ireland that earned him widespread rejection, but now he seemed seriously concerned.

“This whole handshake thing is weird. We’re going to have to put a lot of hand gel on after this,” William says to Kate, unhappy with the nods as an official salute rather than human contact, an indicated measure. to reduce the risk of contagion by coronavirus. Mind you: He treated Harry and Meghan Markle as if they were infected. And he did it without shame.