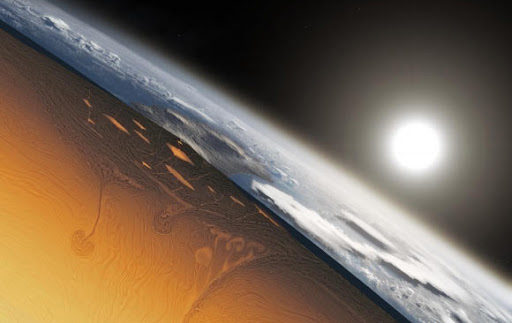 Researchers made a new discovery of the planet’s motion as a result of their work in the Pilbara region in Western Australia. The motion of the planet crust, as it was announced, dates back 200 million years before it was known.

It was discovered that the tectonic plates that the world possessed began to move 3.2 billion years before the planet’s first formation. The rocks that scientists studied in Australia formed the result of the research. According to the report given, the number of newly determined years is 200 million years behind compared to the old known years.

As a result of the work initiated by a team of geologists from Harvard University, various discoveries were made about when the plate movement of the planet began to take place. The rocks in Western Australia, known as the oldest parts of the earth’s crust, have been proven to testify to a 3.2 billion year history in terms of the planet’s movement. Previously, there were a number of theories about when the tectonic movement began on Earth.

The oldest movement ever detected
The research team, led by Alec Brenner from Harvard, sought tips on tectonic activity in Australian rocks over 3 billion years old. The researchers concluded that the result they found was the oldest movement in Earth evolution. In addition, let’s not say that the ancient Earth structure is quite similar to the Earth structure known today, as another point highlighted by scientists.

Let’s add that the researchers studied the rocks in Pilbara in Western Australia throughout the study and that these rocks, one of the oldest parts of the continental lithosphere, are considered to be the outer shell of the Earth, and each is known as a mixture of its own shell and the ocean and the continent.

Research will continue
“Basically, this is a geological evidence that takes the record of plate tectonics even further back in Earth history,” said Brenner. Based on the evidence we have found, plate tectonics is much more likely to occur in the early Earth and is a proof for a World that looks much more similar to today than many people think today. ” Emphasizing that stable climate conditions are very important for the evolution of life, Brenner added that the research will continue.

How can you watch SpaceX Starlink satellites?

Can a person get twice corona virus?