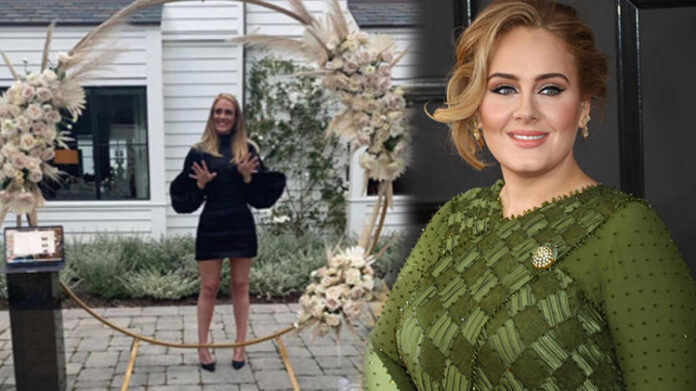 After surprising the world with her new silhouette, in the note we share the regime that the famous singer underwent to face a healthier life.

Adele usually keeps a low profile in terms of showing instances of her private life on the networks, but these days she surprised everyone by showing herself in a black minidress on the occasion of her 32nd birthday on May 5.

The singer followed the so-called “Sirtfood diet”, a regimen of up to a thousand calories per day and based on sirtuins, a group of enzymes that are responsible for regulating metabolism, among other bodily functions. Developed by nutritionists Aidan Goggins and Glen Matten, this technique with which the British artist managed to lose 50 kilos, consists of eating foods that speed up metabolism and burn fat.

Thank you for the birthday love. I hope you’re all staying safe and sane during this crazy time. I’d like to thank all of our first responders and essential workers who are keeping us safe while risking their lives! You are truly our angels ♥️ 2020 okay bye thanks x

In the first stage, Adele only consumed fruit and vegetable juices, made from green tea, citrus, apples, turmeric, and parsley, among other foods. After the first four days had passed, she continued with the same restrictive diet, adding other types of juices and foods such as chicken.

In addition, she not only gave up tobacco and alcohol: she also followed “an exercise plan that mixes Pilates with strength training exercises.”

See Also
Adele amazes her fans in the image without makeup